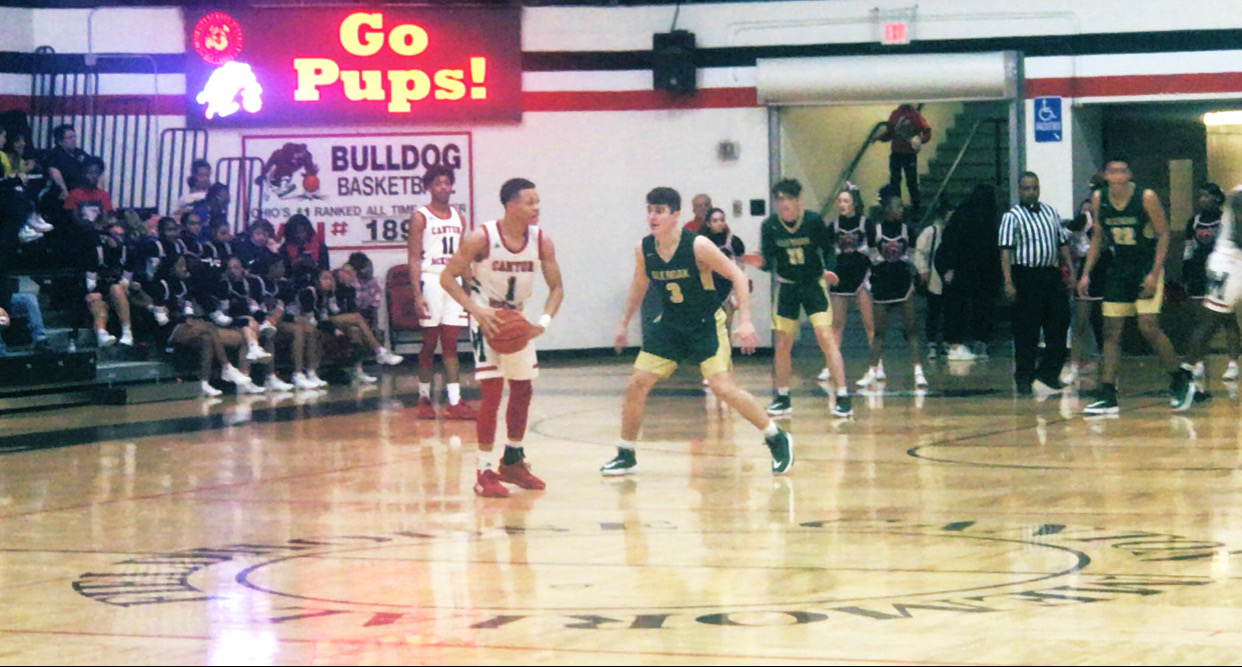 CANTON, OHIO – McKinley’s “Big 3” featuring Kobe Johnson, CJ Hall, and Brent Walker had the potential to be successful coming into this season.

The talented trio continues to exceed their lofty expectations, as they combined for 57 points Tuesday night in a 70-60 win over GlenOak.

After a tightly contested opening quarter that ended in a 14-8 score, the Bulldogs began to pull away early. Walker, the 6-foot-6 junior, was the enforcer down low for McKinley.

He finished the opening half with eight points and six rebounds, while sharpshooting guard Kobe Johnson provided the long range scoring with nine points in the half.

Despite trailing 33-19 at halftime, Christian Parker and his GlenOak squad would not let McKinley cruise to victory.

Parker and Joe Miller led a third quarter charge for the Golden Eagles, outscoring McKinley 22-13 to cut the deficit to 46-41 heading into the fourth quarter.

GlenOak outscores McKinley 22-13 in the 3rd quarter trim the deficit to 5!

However, every time GlenOak would get close, McKinley would respond.

After a very strong third quarter, Kobe Johnson drove the nail into the coffin early in the fourth quarter. He hit a pair of three pointers, as the Bulldogs went on a 12-2 run to take a 58-45 lead halfway through the final frame.

Kobe Johnson has been UNREAL tonight. The junior has 23, as McKinley leads 58-45 in the 4th.@Pupsbasketball @NEO_Spotlight pic.twitter.com/fyX2RBKIbF

Parker tried to keep his team in the game, but his game high 24 point effort wasn’t enough to propel his team over the top.

GlenOak had a strong offensive showing, but they struggled to contain McKinley’s big 3 on the other side of the ball. The 70 points was the most they have allowed since December 3rd against undefeated Boardman.

For McKinley, they used one of their best offensive outputs of the season to win their sixth consecutive game. The Bulldogs are now in second place in the Federal League behind Green, who they defeated earlier in the season.