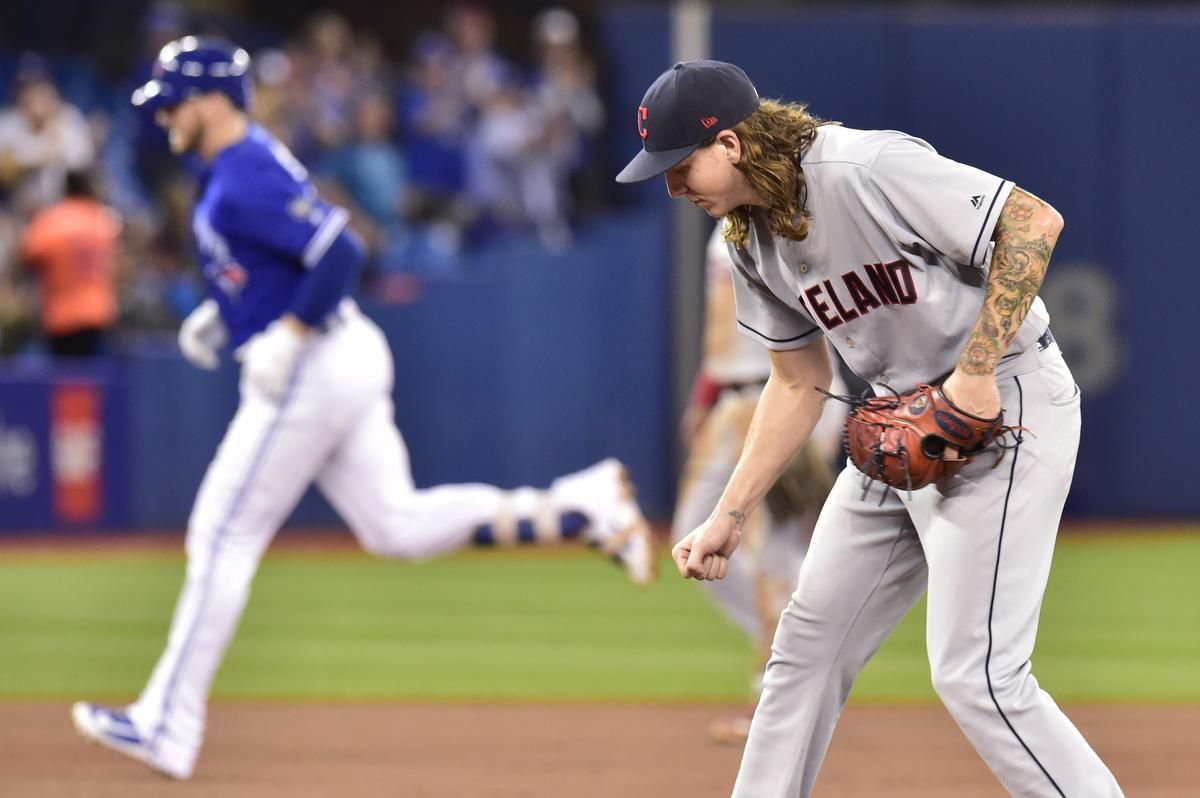 The Indians fell 6-2 against the Blue Jays Sunday afternoon to settle for a series tie, each team winning a pair of games.

Mike Clevinger dropped to 11-8 on the season after pitching six innings. The RHP gave up four hits, three earned runs and walking two. He did strike out nine batters.

Thomas Pannone improved to 2-1 on the season after a solid 6.1 innings in which he only allowed four hits and two earned runs. Francisco Lindor continued his hot streak hitting his 34th home run of the season.

Here are three takeaways as the team gets ready for a trip to Tampa for a rematch from a week ago against the Rays.

Report: Indians to Activate Reliever Andrew Miller on Monday from DL
Pitching Matchups for the Indians Three-Game Set Against the Rays