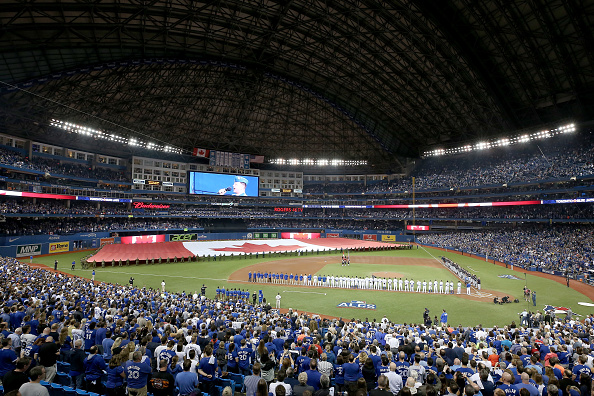 Indians fans went crazy over the weekend trying to get tickets for games one and two for the American League Championship Series, and while there were plenty of Toronto fans as well at Progressive Field, down 3-0 to the Tribe it looks like a number of Jays fans are throwing in the towel on their teams chances to make a comeback.

One way of gauging how Jays fans are feeling today is pretty simple – check out the ticket prices for game four at the Rogers Centre.

How low have the prices for today’s 4:08pm first pitch dropped? How about as low as $6.99 per ticket.

When the bandwagon empties, it empties. #Jays #Indians pic.twitter.com/iNIrOWM3x0

While it looks like those cheap seats have been snatched up, a quick check of Stubhub and most of the 500 level seats are going for anywhere between $30 and $40 – not bad to see the Indians possibly clinch a spot in their first World Series since 1997.

One More Win: Indians a Game Away From World Series After Overcoming the Odds to Beat Jays 4-2
Francona’s Hall of Fame Decisions in the Playoffs Have Indians on the Cusp of the World Series