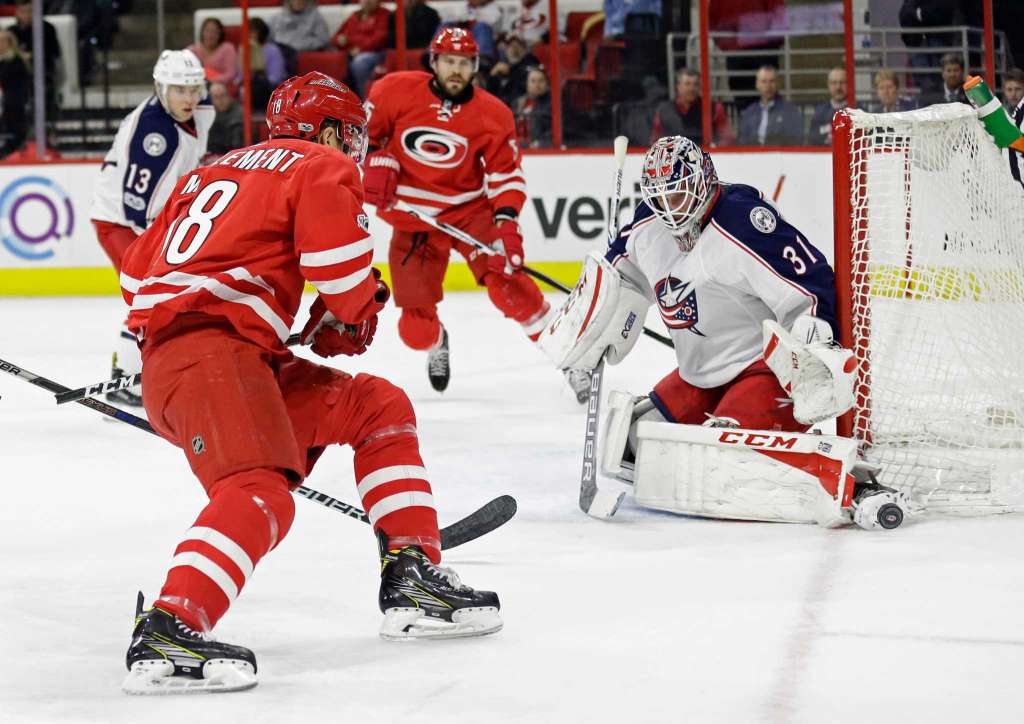 The Columbus Blue Jackets fell tonight to the Carolina Hurricanes 5-3, as they have now gone 2-2 in their last four games.

Columbus started off the game like they have so often this season, as Cam Atkinson scored a quick goal at the 1:08 mark to give the Blue Jackets a 1-0 lead. That was the lone goal of the frame, as Carolina only got four shots on goal.

Carolina would rattle off two goals in a row to take the lead, as Jeff Skinner and Derek Ryan scored for the Hurricanes within the first five minutes. Josh Anderson tied the game up with an unassisted goal at the 8:01 mark. Brock McGinn and Brandon Saad would exchange goals and the third period would start with a 3-3 tie.

Columbus was unable to manufacture a goal in the third, as the Hurricanes took the lead at the 3:50 mark of the frame with a Jordan Staal goal. Victor Rask would put the game away with an empty-netter at the 19:39 mark, making the final score 5-3.

Columbus falls to 28-8-4 on the season and will travel to play Tampa Bay on Friday.