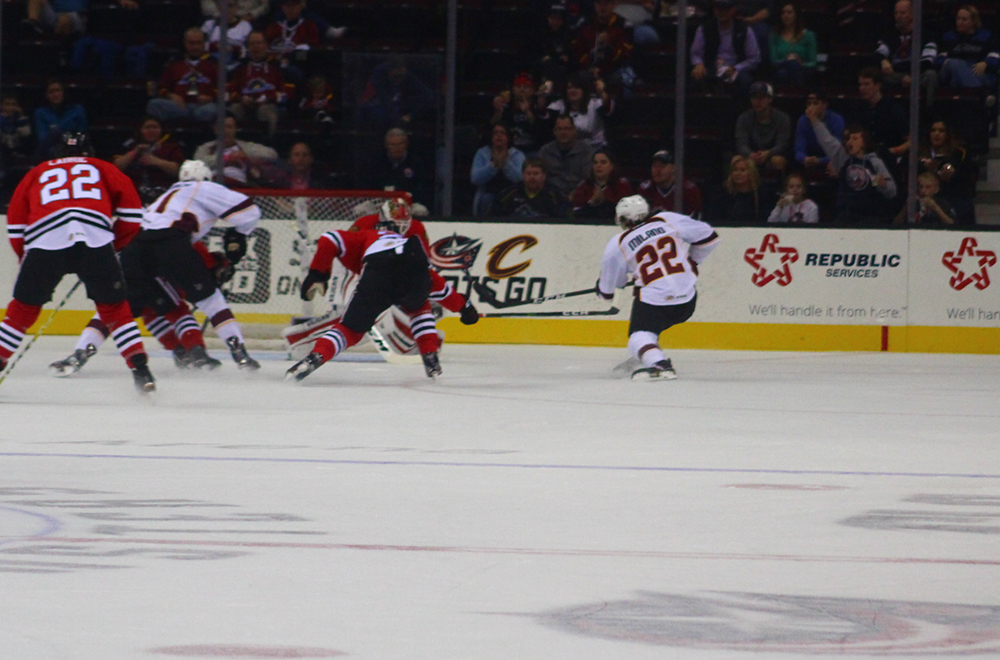 CLEVELAND – The AHL’s defending Calder Cup Champions, the Cleveland Monsters, announced Saturday that left wingSonny Milano and defenseman John Ramage were assigned to Cleveland by the NHL’s Columbus Blue Jackets. A 6’0”, 199 lb. left-handed native of Massapequa, NY, Milano registered 1-0-1 with six penalty minutes and a -1 rating in two appearances for Cleveland this season prior to an October 21st recall to the Blue Jackets, during which Columbus’ first-round pick in the 2014 NHL Draft (16th overall) did not appear in any games. Ramage, a 6’0”, 201 lb. right-handed native of Mississauga, ON, cleared waivers on Saturday and was assigned to the Monsters after gaining medical clearance to play following offseason shoulder surgery.

Milano, 20, has 0-1-1 and a +1 rating to his credit in three career NHL games played for Columbus and posted 15-22-37 with 28 penalty minutes and a +4 rating in 66 career AHL appearances for the Springfield Falcons and the Monsters spanning parts of three seasons from 2014-16. Milano additionally provided 4-4-8 with four penalty minutes and a +6 rating in 17 postseason appearances for the Monsters in 2016, helping Cleveland claim the 2016 Calder Cup Championship.

Named one of the Monsters’ 2016-17 assistant captains prior to the season, Ramage, 25, was selected by the Calgary Flames in the fourth round (103rd overall) of the 2010 NHL Entry Draft and has a -3 rating to his credit in two career NHL appearances for Calgary and Columbus during the 2014-15 and 2015-16 seasons, respectively. In 175 career AHL games played for the Abbotsford Heat, Adirondack Flames and the Monsters, Ramage logged 11-32-43 with 194 penalty minutes and a +4 rating. Prior to his professional career, Ramage supplied 14-39-53 with 237 penalty minutes and a +28 rating in 157 NCAA appearances for the University of Wisconsin, for whom Ramage served as team captain during the 2011-12 and 2012-13 seasons.

Next up for the Monsters, it’s a Sunday road clash vs. the Chicago Wolves with full coverage, live from Allstate Arena in Rosemont, IL, underway at 5:00 pm  on 99X and The Monsters Network.

Tune into Between the Pipes with @Eli_Mooneyham and @NEOSI_Sprouse on Facebook LIVE pregame and Less Than One Minute Remaining for post game wrap up.

Also, stay tuned to NEOSI for continued coverage of all the best of Cleveland sports from high school to pro. Follow NEOSI on Twitter @neosportsinside for up to the minute scores and updates and don’t forget to like Neo Sports Insiders on Facebook.