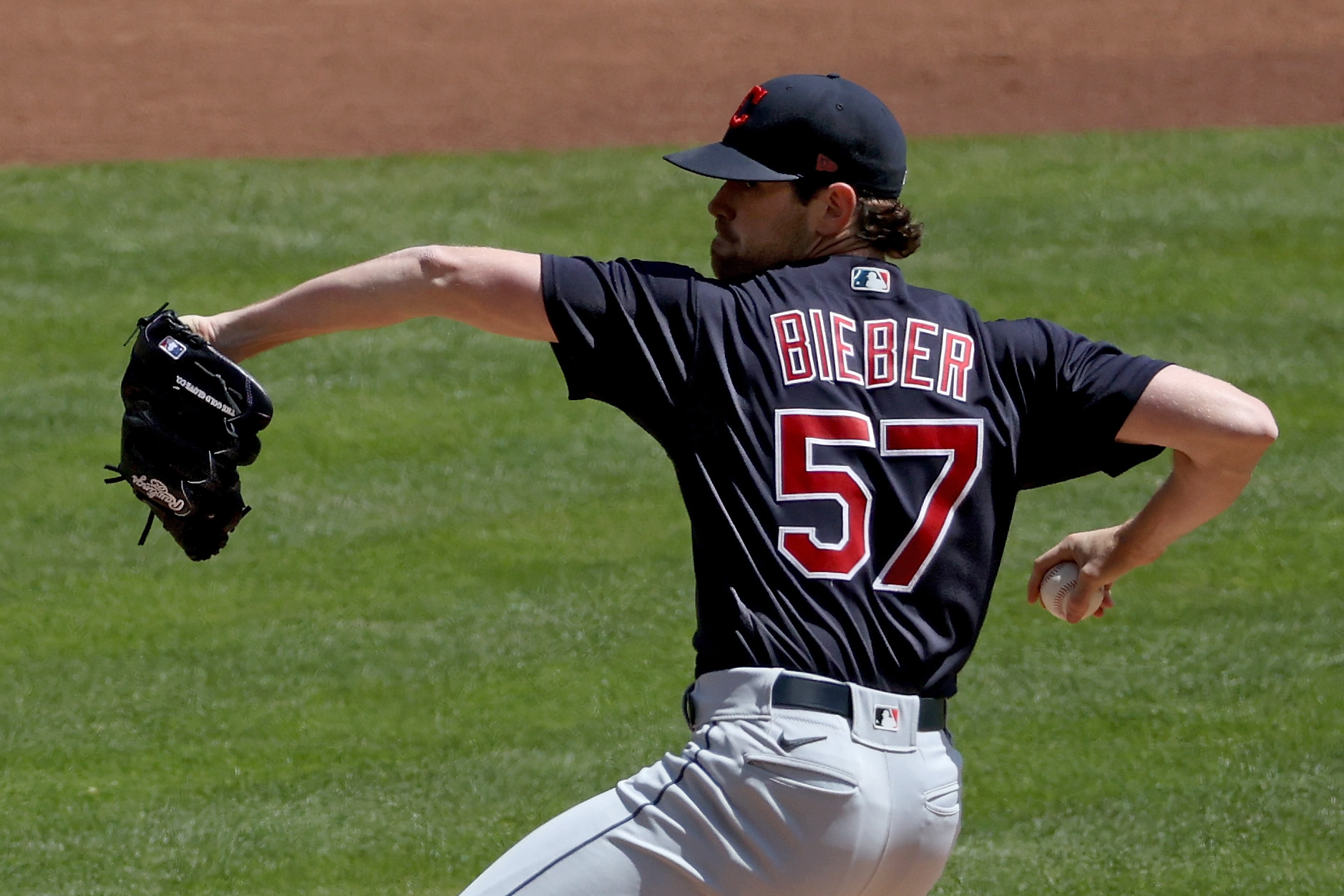 Not that it wasn’t before, but Shane Bieber is becoming ‘Must See TV’ for Indians fans worldwide.

Sunday it was another historic effort by the 25-year-old, striking out 13 Cincinnati Reds in a 6-3 Tribe win that puts them back over .500 by a game with a mark of 8-7.

Bieber was as good as he’s been over the last nine months. Yes he gave up three runs to the now 9-6 Reds, but overall he was dominant with 13 K’s in the winning effort.

The Tribe will get a Monday off before they are back on the diamond at Progressive Field Tuesday for a 6:10pm first pitch against the rival Chicago White Sox.

Let’s break down the outing not only for Bieber, but let’s see how the team managed a six-run afternoon which gave them more than enough of a cushion for a win.

Indians ace Shane Bieber is off to another tremendous start here in 2021, and while he was dominant in 2020 starting the season reeling off seven straight victories before finally losing a game in Target Field in Minnesota on September 11th.

Sunday in Cincy Bieber won his 2nd game against one loss, and also became the first pitcher in big league history to begin the season with four straight starts with at least 10 strikeouts.

“I felt a little slow, a little sluggish at the beginning of the game but was able to get through it and kind of get on a roll there at the end,” Bieber said after the win.

Bieber is going to get a chance to build his strikeout total on Friday when he and the Tribe host the New York Yankees, the team with the current worst mark in the American League.

Bebo’s Launch Gets the ‘O’ Moving

Sunday the Tribe hit three home runs, all with two outs, to make sure that they walked out of Cincy with at least one win.

The biggest homer was a three-run blast by catcher Roberto Perez, who crushed a ball basically to center field 423 feet.

Bebo’s homer scored a pair of Rosario’s, and put the Indians up 4-0 after Jose Ramirez gave the Tribe a 1-0 lead with a solo homer in the first inning on a shot off Wade Miley that traveled 420 feet.

Here’s a quick look in case you missed it of Perez’s long homer that gave the Indians a four-run edge.

Perez this season continues to have issues at the plate, as he’s hitting just .185 with two homers and five runs batted in.

The homer continues to be the biggest offensive weapon the Tribe has early in 2021, and Sunday adding three more to their total certainly didn’t hurt.

A Monday off for the Indians is well deserved as the team sits at 8-7, and Tuesday they will play their biggest AL Central rival at home in the White Sox.

The Tribe will give the ball in Tuesday’s start to Zach Plesac, who has had his issues thus far going 1-2 with a 5.27 ERA.

Plesac was beat up Wednesday by the Sox, allowing six runs on seven hits, lasting just 0.2 innings in Chicago.

Carlos Rodon threw a no-no against the Tribe last week, and will get the ball on Tuesday night at Progressive Field trying to follow up his first effort against the Indians in 2020.

So far this season Rondon in 14 innings pitched hasn’t given up a run, and has allowed just a pair of hits on the season.

We shall see if Rondon can be beat on Tuesday evening when the team’s take the field at 6:10pm.