Bauers Goes Bonkers, Hits For the Cycle as Indians Roar Past Tigers 13-4 in Detroit 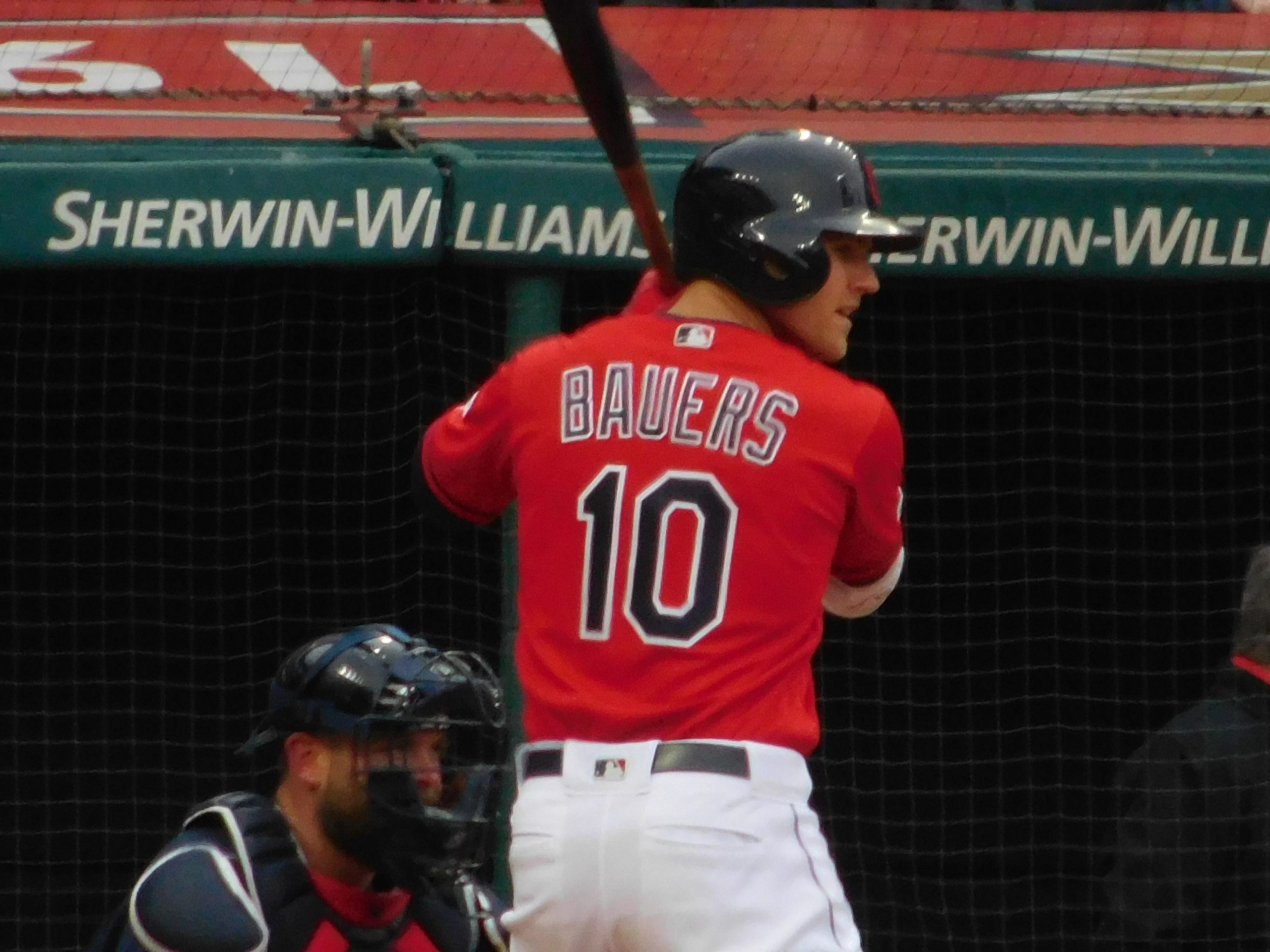 A lot of Indians onlookers as of late have been calling for the team to send outfielder/first basemen Jake Bauers to the minors to get more seasoning.

Friday night in Detroit, he showed those naysayers why he still belongs at the big league level – at least for now.

Bauers was at the forefront of a rare Indians power display, hitting for the cycle as the Tribe buried the Detroit Tigers 13-4 at Comerica Park in Detroit.

The Indians scored eight times in the fourth inning to completely break the game open, and rolled from there putting up 13 runs on 17 hits.

The win puts the team at 35-33, and they have won six of their last nine games coming off a 5-3 homestand on Wednesday.

Here’s a few quick takeaways from the Friday night beatdown of the Motor City Kitties.

Jake Bauer’s cycle came as the team drubbed the Tigers for eight runs in the fourth to put the game away.

He singled and tripled in that inning, and also hit a double in the second and a two-run homer in the eighth.

The feat for Bauers is the first by an Indian since Rajai Davis did it at Toronto on July 2nd, 2016.

Maybe the sweetest part of Bauers getting the cycle was the fact he needed a homer in the 8th, and hit a no-doubt shot over 400 feat to reach the mark and also put the Tribe up at the time 13-3.

Bauers raised his average from .209 to .222, and on the night went 4-for-5 with four runs batted in for the Indians in the runaway victory.

2. Plenty of Support for Plutko

Adam Plutko was the beneficiary of all those Indians runs in the fourth, and he worked six innings allowing two earned runs on five hits with six K’s in the win.

The victory for Plutko puts him at 3-1 on the season, and he threw 107 pitches on the night.

After that setback a few weeks back against the A’s, Plutko seems to have settled in a groove, and has recorded wins over the Yankees and Tigers in back-to-back outings.

Obviously after the Indians put up eight runs in the fourth to make it a 10-3 game it was Plutko’s job just to throw strikes and not allow the Tigers to get back in it.

He did just that, throwing three scoreless frames before calling it a night.

The Indians were looking like they were going back into an offensive funk in the two games against the Reds to wrap up the last homestand, scoring two runs in each of the two games, winning the first and losing the second.

With that, it was great to see the ‘O’ not stay in that funk for too long against a bad Tigers team, taking out some frustration against five Tigers throwers with 13 runs and 17 hits.

Of course the last time they went on an offensive tear was the last two games in Boston, only to then go to Chicago against the White Sox and score 10 runs total in four games.

Let’s hope for their sake the offensive trend continues in game two of the series, and hope this time it carries over to the upcoming big four-game set in Texas starting Monday.

Buyers or Sellers? What Direction Will the Indians Go at the Trade Deadline?
Indians Claim Pitcher Jordan Stephens Off Waivers From the White Sox