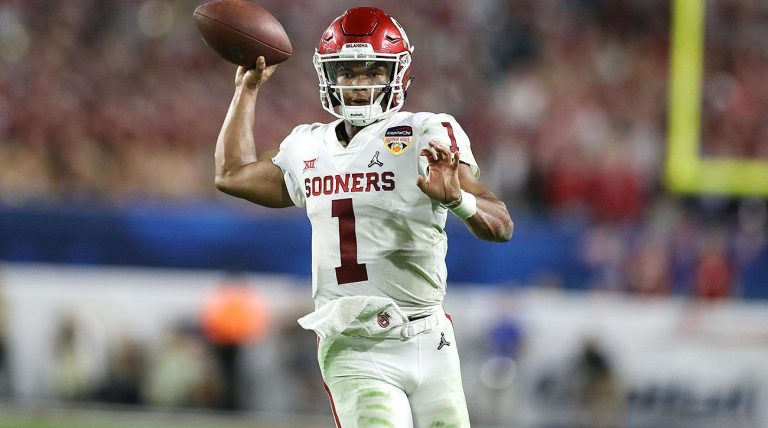 ESPN 850 WKNR’s Tony Grossi recently made a comment about Oklahoma Sooners quarterback Kyler Murray, who could be one of the top, if not the top, pick in the upcoming NFL Draft.

Grossi went on air and compared Murray, who took home the 2018 Heisman Trophy, closer to former Browns quarterback Johnny Manziel than current first overall pick Baker Mayfield, who is coming off a season in which he already has been named by the PFWA as Rookie of the Year.

Mayfield took some offense to the tweet, and responded earlier on Monday to the comment by Grossi, saying that at one point Grossi said he would ‘retire’ if the Browns took Mayfield with the fist pick, which of course they did.

He also said he would retire if the Browns drafted me. So does anything he say have truth to it? Couldn’t be more any more wrong. There is no comparison to even be made about Kyler. He’s a winner and if you don’t see that, something is wrong with you.

Grossi saw the tweet and fired back, giving his take to the rookie QB on the matter.

This is so funny. 1. Never said retire. Said ‘I’m done.’ Purposely vague. 2. Said the other guy physically was closer to Johnny (ht & wt) than you. All good. Use it how you want. Happy New Year. https://t.co/S3C3jMuQn7

Mayfield has yet to respond back, but it was an interesting back and forth between reporter and player, who feels that Murray is going to be successful at the pro level wherever he ends up in the draft.