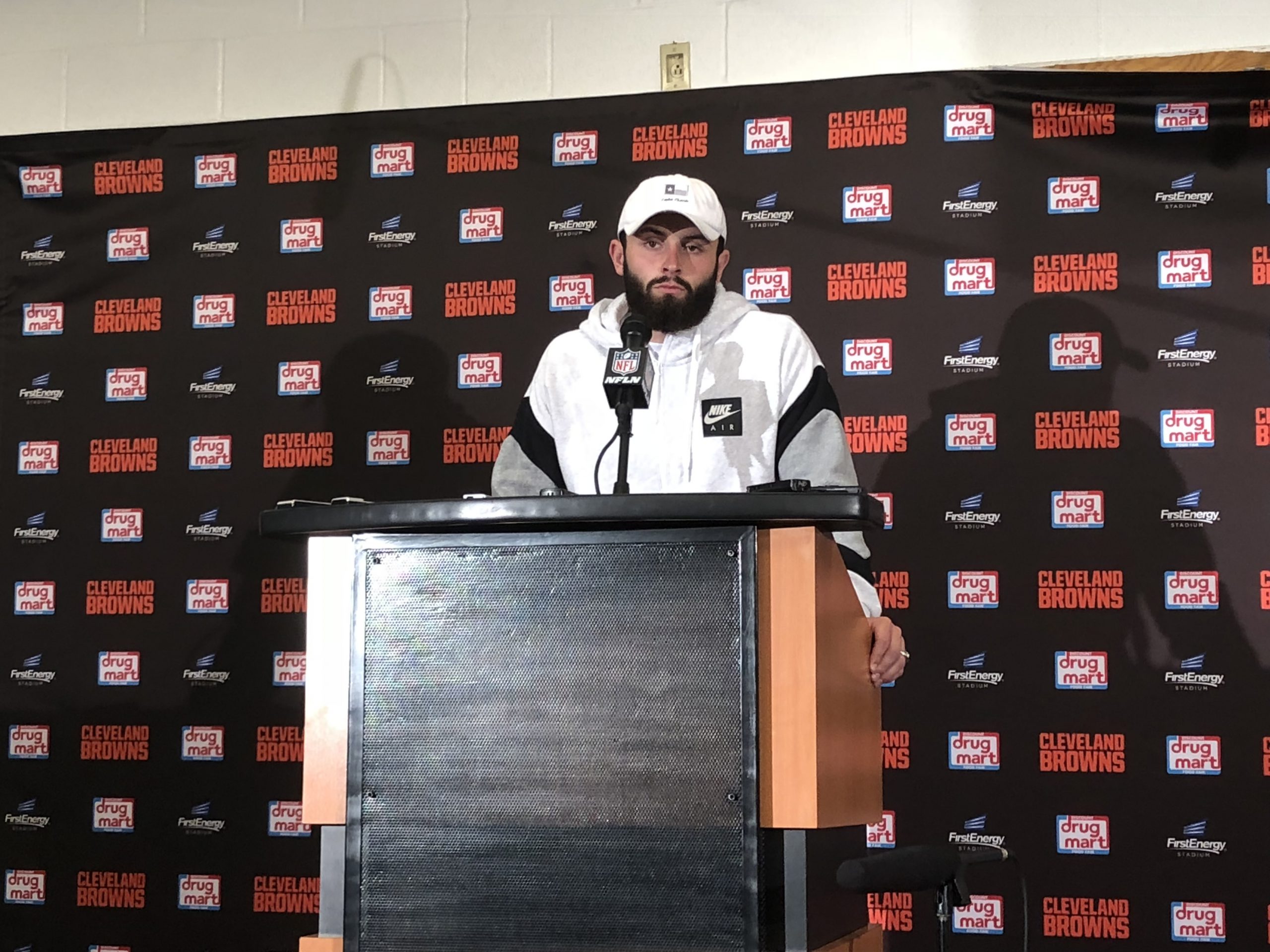 Browns first overall pick Baker Mayfield was honored on Tuesday by the Pro Football Writers of America, as he was selected as their NFL Rookie of the Year.

Mayfield though won the biggest award, taking home the honors after leading the Browns back from a mark of 2-6-1 to end the season at 7-8-1, challenging for a playoff spot in the last few weeks.

On the year Mayfield went 6-7 as a starter, throwing 27 touchdowns with 14 interceptions.

Mayfield’s rating of 115.7 in the red zone ranked second in the NFL last year behind only Saints QB Drew Brees.

Alone at the top.@bakermayfield for Offensive Rookie of the Year. ✊ pic.twitter.com/DeUGzbtKWQ

What Browns Players Currently on the Roster Have Earned Contract Extensions?
LISTEN: Freddie Kitchens made a surprise call into 92.3 The Fan