According to Hue Jackson, Josh Gordon’s return has no impact on the Browns pursuit of Dez Bryant 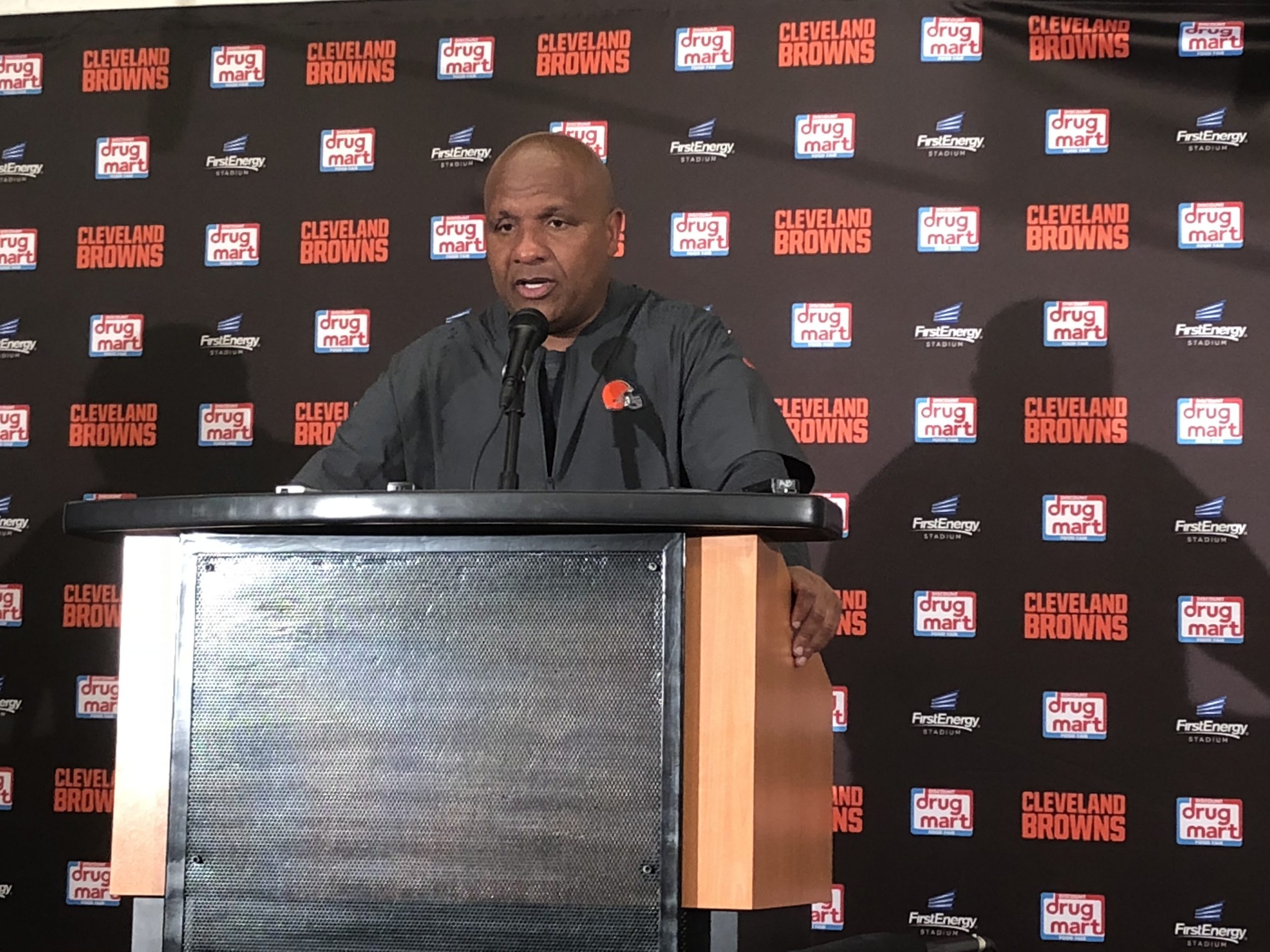 CLEVELAND, OH – 24 hours ago wide receiver was considered a major need for the Browns. On Saturday, the team got word that help was on the way.

Josh Gordon announced that he would be returning to the team after missing the first few weeks of training camp to focus on his health and wellness. In his absence though, Browns’ general manager John Dorsey hasn’t been shy about his pursuit of former Cowboys’ wideout Dez Bryant. Bryant even visited the team’s practice facility in Berea on Thursday but left without a deal.

Now with Gordon being added back into the fold, the need for Bryant isn’t quite as pressing. However, according to Hue Jackson, the team’s interest in the 29-year-old remains.

“No, I think one has nothing to do with the other in my opinion,” Jackson explained during a conference call on Saturday. Things will unfold as they will. The most important thing that we know is that Josh is here. We have had a good conversation with Dez. Until he is a Cleveland Brown, I only can worry about the guys who are on this football team.”

While Gordon’s return may not deter the Browns from signing Bryant eventually, a report from Mary Kay Cabot of Cleveland.com says that signing Dez Bryant has been moved to Cleveland’s back burner and likely won’t come anytime soon. According to Cabot the team’s change in priorities has nothing to do with Gordon’s announcement though.

Despite the mutual interest that seemed to exist between Bryant and the Browns, the fact that he left Cleveland without finalizing a deal suggests that the two parties weren’t close on an agreement. Bryant has made it known that he’d prefer to play for a Super Bowl contender, on perhaps a one-year prove it deal.

Flash is Back; Browns Wide Out Josh Gordon Returns to the Team
Browns Still Ranked as One of the NFL’s Bottom Feeders in ESPN FPI Poll