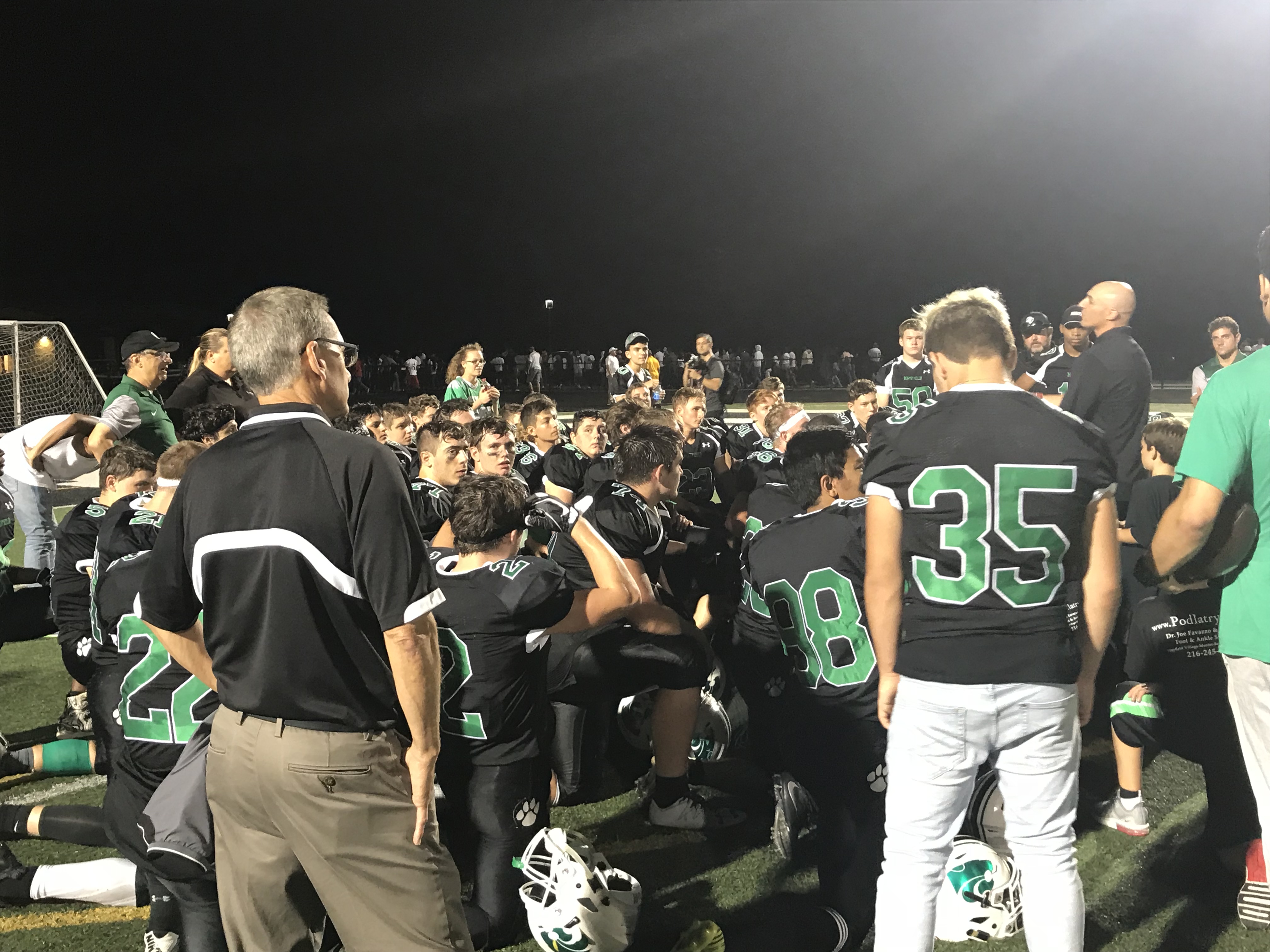 MAYFIELD, OHIO- A touchdown with 30 seconds left from the Arcs got them within an extra point of tying the game. A 2-point conversion shut down from the Mayfield defense is what lifted them past Brush Friday night.

With just over two minutes left in the fourth quarter, Mayfield held a 20-13 lead against Brush. The Arcs struggled to get their offense going in the second half. They had no problem getting down into Wildcat territory on their final drive of the game, ultimately scoring with 30 seconds left in the game.

After quarterback Anthony Shorts found Andree Franks 21-yards for a touchdown, the Arcs trailed 20-19. Head coach Eddie Hall decided to try and win the game, but fell yards short after the Mayfield defense came away with a game-ending interception in the end zone.

The win Friday night improved Mayfield’s all-time record against Brush to 47-49-2 and the Wildcats have now won 27 of the past 29 games against the Arcs. The one-point victory now ends Mayfield’s two-game losing streak.

“We’ve made some young mistakes the past two weeks,” coach Ross Bandiera said. “We were the better, physical team tonight and we outlasted them one more play than they did.”

The Wildcats struggled at times in the first half to stop the run-oriented Arcs. An imperative second-half adjustment emphasized on stopping the run ultimately slowed down the Arc offense. The constant defensive stops led Mayfield to take their first lead of the game with seven minutes left in the fourth quarter.

Coach Bandiera was very pleased with the way his team responded coming into the second half.

“Stopping the run was the number one thing we had to do,” he said. “It’s just a Brush vs Mayfield game at it’s finest.”

Sophomore quarterback Michael Huss finished the game completing 9-of-16 passes for 108 yards during the win. On the other side, Anthony Shorts ended up completing 7-of-11 passes for just 77 yards.

Ever since Brush took an early 6-0 lead in the first quarter, the Arcs kept the edge on Mayfield throughout the first half and early second half. The Wildcats came out of the halftime break and immediately tied things up at 13 apiece with just over 10 minutes left in the third quarter.

From there, the Wildcats would allow just six more points, those points coming in the closing seconds of the game. The Mayfield offense slowly got things going in the second half, but it was the defense that stepped up at the goal line with the game on the line to deliver Mayfield their second win on the season.

The win now gives Mayfield their first conference win and improves their overall record to 2-2. The loss drops Brush to an even 2-2 record and 0-1 in the conference.

The 5’8” senior scored two times to lead Mayfield past their rival Brush Friday night. Nunley finished the game with 18 carries going for 68 yards and the two touchdowns. With the passing game struggling Friday night, Nunley was called upon to make plays when the Wildcats needed him to, and he did just that.

“He’s a difference maker,” coach Bandiera said. “He’s a senior and he stepped up tonight. I’m so proud of him.”