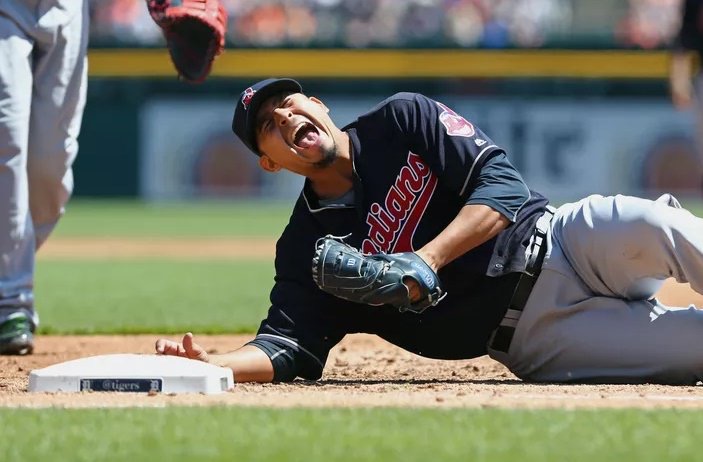 While the Indians are looking to wrap up a three-game sweep of the Tigers today in Motown, it’s not coming without a price, as the team lost starter Carlos Carrasco to an injury.

The injury took place in the bottom of the third when Carrasco was attempting to cover first base. The cover got botched, and the pitcher went down in obvious pain and was forced to leave the game.

The official announcement is a left hamstring injury, but just how severe it is remains to be seen. On the day Carrasco went 2.2 innings, allowing a hit with two strikeouts.

If he’s out for a significant amount of time, it may open the door for a start or two for Trevor Bauer, who replaced Carrasco on Sunday and is in line for the win if the Tribe holds on for the victory.