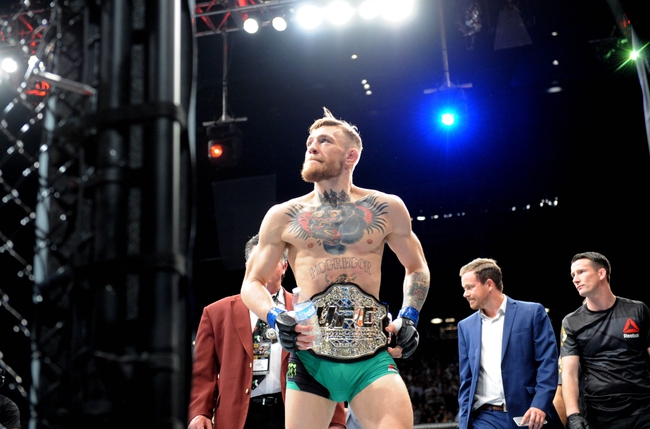 Many were appalled about the sudden injury and some questioned the severity of the injury. The champion silenced the critics saying he was scared to fight McGregor by posting a picture of his broken foot on Facebook: 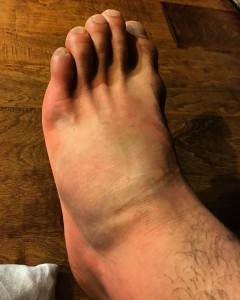 “Sorry to all my real fans and @ufc, I have 32 professional fights on my career and I never cancel any fight due to injuries, but it is a contact sport and injuries happen, I believe that God knows everything and he have a better plans for me ‪#‎Jesus‬ ‪#‎Jesusfirst‬ ‪#‎truechampion‬ ‪#‎fletcherjonesnewportbeach‬‪#‎evolvefightteam‬ ‪#‎evolvemma‬ ‪#‎kingsmma‬ ‪#‎gordojj‬”

So, that left ” The Notorious” Conor McGregor without an opponent for UFC 196. That slot would not be empty long, as the void was filled by welterweight Nate Diaz.

McGregor is the UFC Featherweight Champion but has not shied away from facing any challenger. Making the 25-pound jump is pretty much unheard of, and only one fighter has ever won a fight in those circumstances (Kenny Florian).

This press conference definitely sold a lot of people on a replacement fight. I guess that’s what happens when you have the most polarizing UFC fighter in the mix.