Youthful Blue Jackets Look to Bounce Back in 2016-17 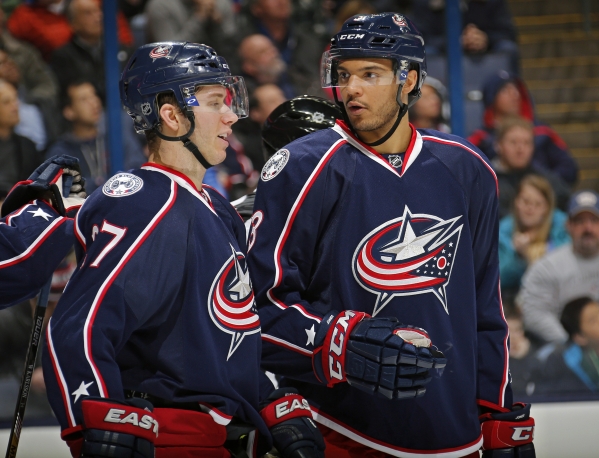 After another less than memorable season, finishing 27th in the NHL, the Columbus Blue Jackets look to bounce back in 2016 with the help of a crew full of young talent.

With this being head coach John Tortorella’s first full season at the helm we may see a very different start to the season than in years past.

The Jackets have started off very, very slowly in 2015-16 and that reflected well into the heart of season, proving to be too little, too late to salvage a winning season.

Tortorella is known for his punishing training camps and extreme work ethic.

Hopefully all this demanding off-season work will get the Blue Jackets off and skating to a much better start to the regular season.

The organization will be looking for a bounce back year in 2016 from a few key playmakers on the team.

Foligno had 12 goals and 37 points, which was a steep decline from his 31 goals and 73 points from just one year before.

Sergei “Bob” Bobrovsky had a rough season, dealing with injuries and struggling to find consistency. The goaltender only recorded 15 wins after two breakout seasons in 2014 and 2015, in which he had over 30 wins both years.

The team will also look for contributions from a number of youthful standouts such as Seth Jones, Brandon Saad and Boone Jenner.

These are the fellas you’re going to want to watch out for.

Their play can depict how the Jacket’s season turns out. “We need these guys to preform night in and night out to help us reach our full potential,” Coach Tortorella was quoted saying last week during an open practice.

“They also need to help guide the new guys we have coming in,” added Tortorella.

These “new guys” Tortorella is speaking of are mostly a group of guys that led the AHL’s Lake Erie Monsters (now called Cleveland Monsters) to a breakout season, capped off by a sweep of of the Hersey Bears in the 2016 Calder Cup Finals.

These young Calder Cup champs include, defenseman Zach Weresnki, forwards Sonny Milano, Josh Anderson and Oliver Bjorkstrand and goalies Anton Forsberg and Joonas Korpisalo—all of whom are very close to being ready to contribute in the NHL.

There’s also left wing Pierre-Luc Dubois, the No. 3 overall pick in June’s draft, who has a shot at seeing some playing time in Columbus after camp.

All in all, the Blue Jackets organization is making the right moves to build something special in years to come.

Whether or not they’re ready for primetime this season…well, that’s still up in the air.

We will see glimpses of what’s to come, as Tortorella tries to transform the organization to a winning culture. Rest easy Columbus, your hockey future is looking bright.

The Blue Jackets open up preseason play Sunday, Sept. 25 at 1 pm, as they play split squad games against the St. Louis Blues. 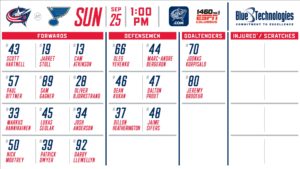 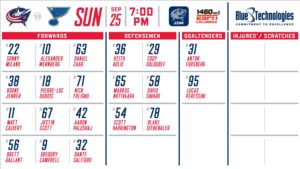 The first game is in St. Louis, while Game 2 is at 7 pm in Columbus.