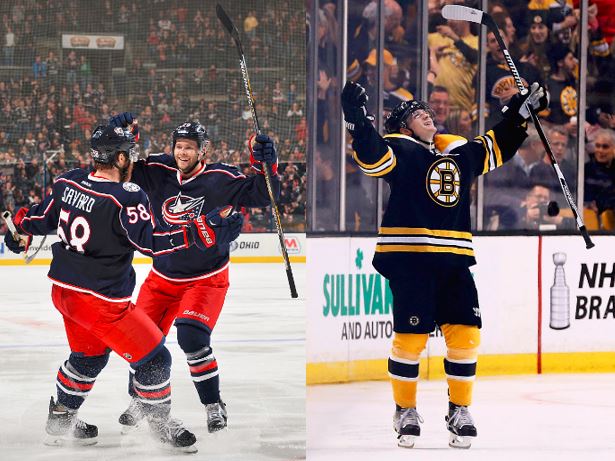 After going 0-2 in their first day of preseason action, the Blue Jackets bounced back on Monday night with a 3-2 shootout victory over the Boston Bruins.

The Blue Jackets played two split squad games against the St. Louis Blues on Sunday and it did not go well, as Columbus lost the first match 7-3 and was shut out 5-0 in the night game.

Head coach John Tortorella did not jump to any conclusions after those two rough games.

“The last couple of days, we’ve really pushed them,” Tortorella said. “It doesn’t make for great games, but we’ve pushed them. We’re going to go through the process and make sure our conditioning is there by the 13th.”

Tortorella went on to say, “Let’s not make any judgments here as far as today, today was going to be a mess,” said Tortorella on Sunday night.

So flash forward to Monday night, when the Blue Jackets had their full squad going on the road in Boston against the Bruins.

After a scoreless first period, Sonny Milano put the Blue Jackets on the board, scoring with a wrist shot off of assists from Seth Jones and Alexander Wennberg.

The Bruins answered back, but Daniel Zaar broke the tie at the 8:07 mark of the second period, giving Columbus a 2-1 lead.

Sam Gagner and Brandon Saad were credited with assists.

Danton Heinen tied it up for the Bruins early in the third period and neither side could score for the next 24 minutes.

After a scoreless overtime, the game went to a shootout, and Gagner ended it with a wrister to give Columbus the 3-2 victory.

Although the end result on the scoreboard is meaningless, it’s nice to see the Blue Jackets end a losing streak – preseason or not – and get in the win column.

Especially considering the horrendous start they had in 2015-16, it’s a sign that things could be heading in the right direction.

*Matt McCague Contributed to this story*