Yankees Trade Chapman to the Cubs; Where Do the Indians Turn Their Attention? 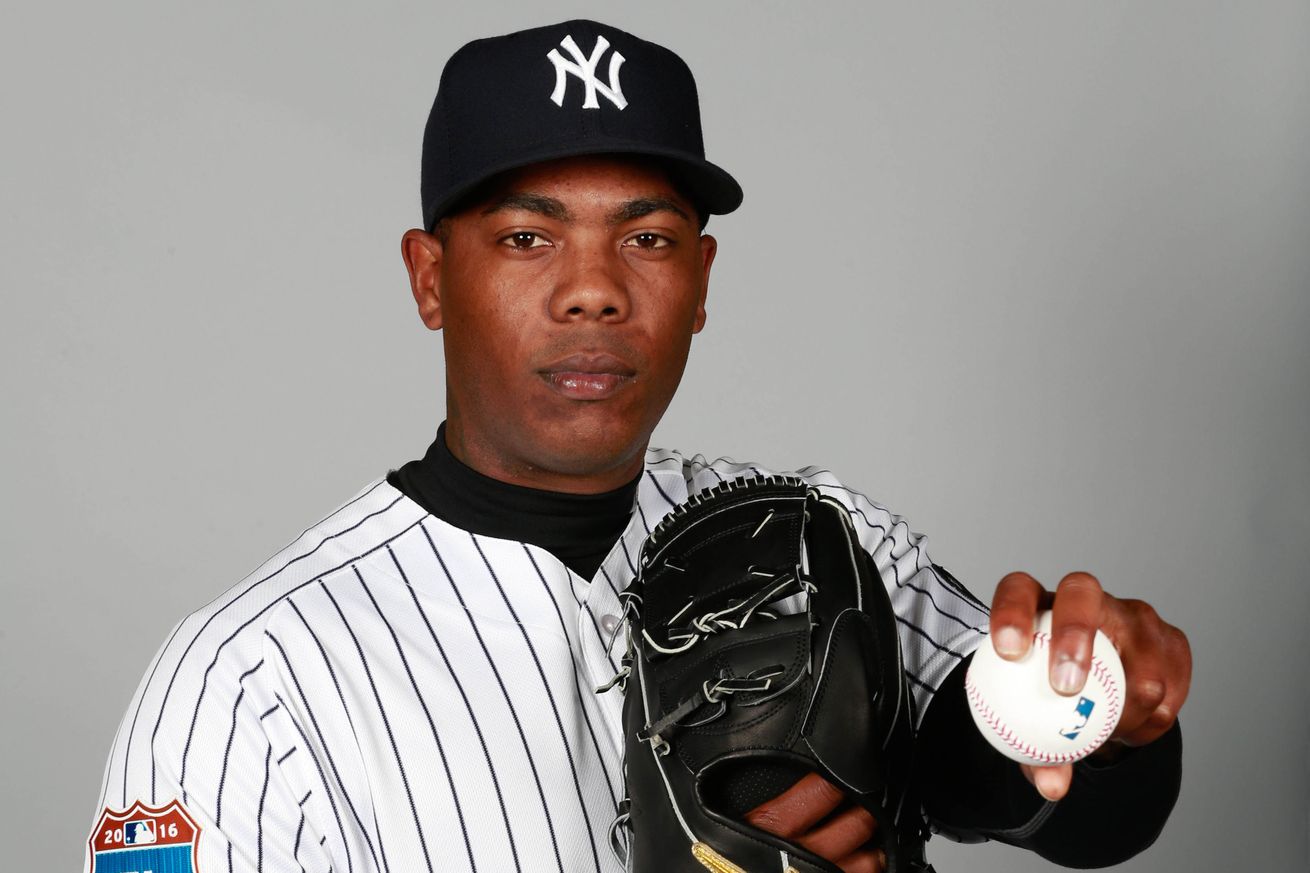 After much speculation on Sunday about it, today the deal is official, Yankees closer Aroldis Chapman is headed to Chicago to play for the NL Central leading Cubs.

Jon Heyman of FanRagSports.com reports on the deal in terms of what’s going back to New York for Chapman.

Yanks and Cubs have a deal. Torres, mckinney, Warren and likely 1 more to NYY.

Cubs shortstop prospect Gleyber Torres is the biggest player the Yankees are getting back, and that became evident as he was pulled from a game last night.

The Indians had interest in Chapman, but also there’s another New York relief pitcher that might work out even better for them, that being Andrew Miller.

Expect to hear a lot of rumors about Miller and the Indians, and also expect to continue to hear about a couple Brewers relief pitchers who the Indians also have interest in – Jeremy Jeffress and Will Smith.

There’s the ongoing talk as well about Brewers catcher Jonathan Lucroy possibly coming to the Tribe, but that has cooled off since last week, and it sounds more like it will be a pen arm coming to the Indians over a bat at this point.