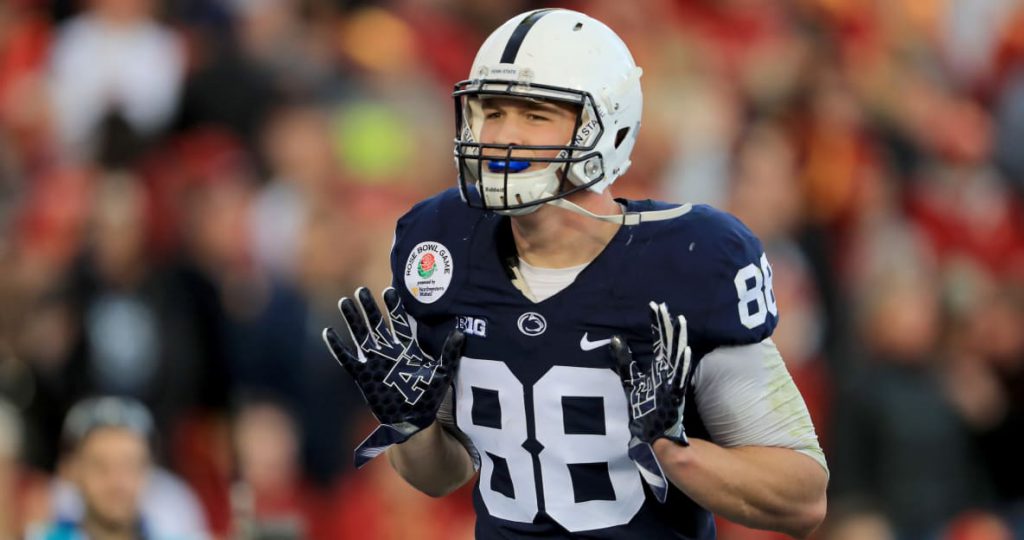 I said before if you draft a franchise QB you better surround him with talent. Now in addition to a LT, WR, and RB it is time to add a stud TE. Cleveland spent a first round pick on Njoku last year but he is still young and needs to develop his blocking and hands as he looked pretty raw this year.

Seth DeValve did not make the second year leap as expected either so it might be time to move on from his late round small school project. Gesicki represents a monster target to throw to. At 6’6” 250 pounds he is a big frame TE that runs really smooth routes and has great hands. He can go up and get the ball and can block around the line of scrimmage. I think the combination of Njoku and him would be almost impossible for teams to match up with.

Cleveland has to come away with a corner at some point in this draft. Jamar Taylor is getting paid five million a year and not living up to it, Jason McCourty will be 31 and in the final year of his deal next season and the team still needs to lock up Boddy-Calhoun to an extension as one of the best nickel corners in the NFL.

Howard Wilson, a 2017 fourth round pick will be coming back after missing the season but outside that there is no depth. Toliver is a bigger press corner with a lot of talent that hasn’t been lived up to. Considering the great corners to come out of LSU and the Browns situation he might get a chance to play early.