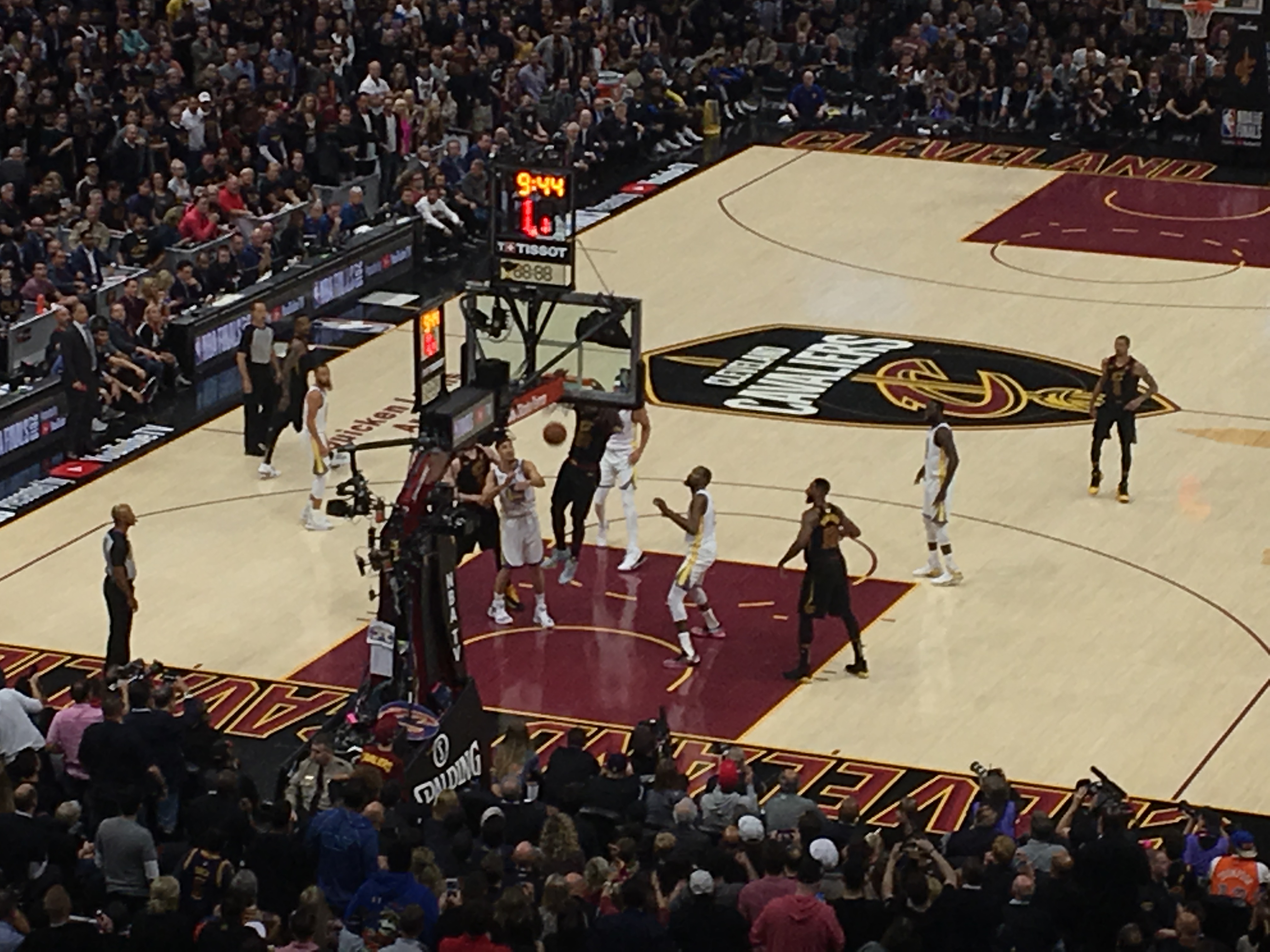 CLEVELAND– The Cavaliers are looking for a win in Game 3 of the NBA Finals and got off to a pretty hot start, leading by as many as 12 points in the first quarter.

One key play in the first frame came from none other than LeBron James, as he had this dunk that he first threw to himself off the backboard to put Cleveland up, 12-4.

Watch the play unfold from multiple angles below