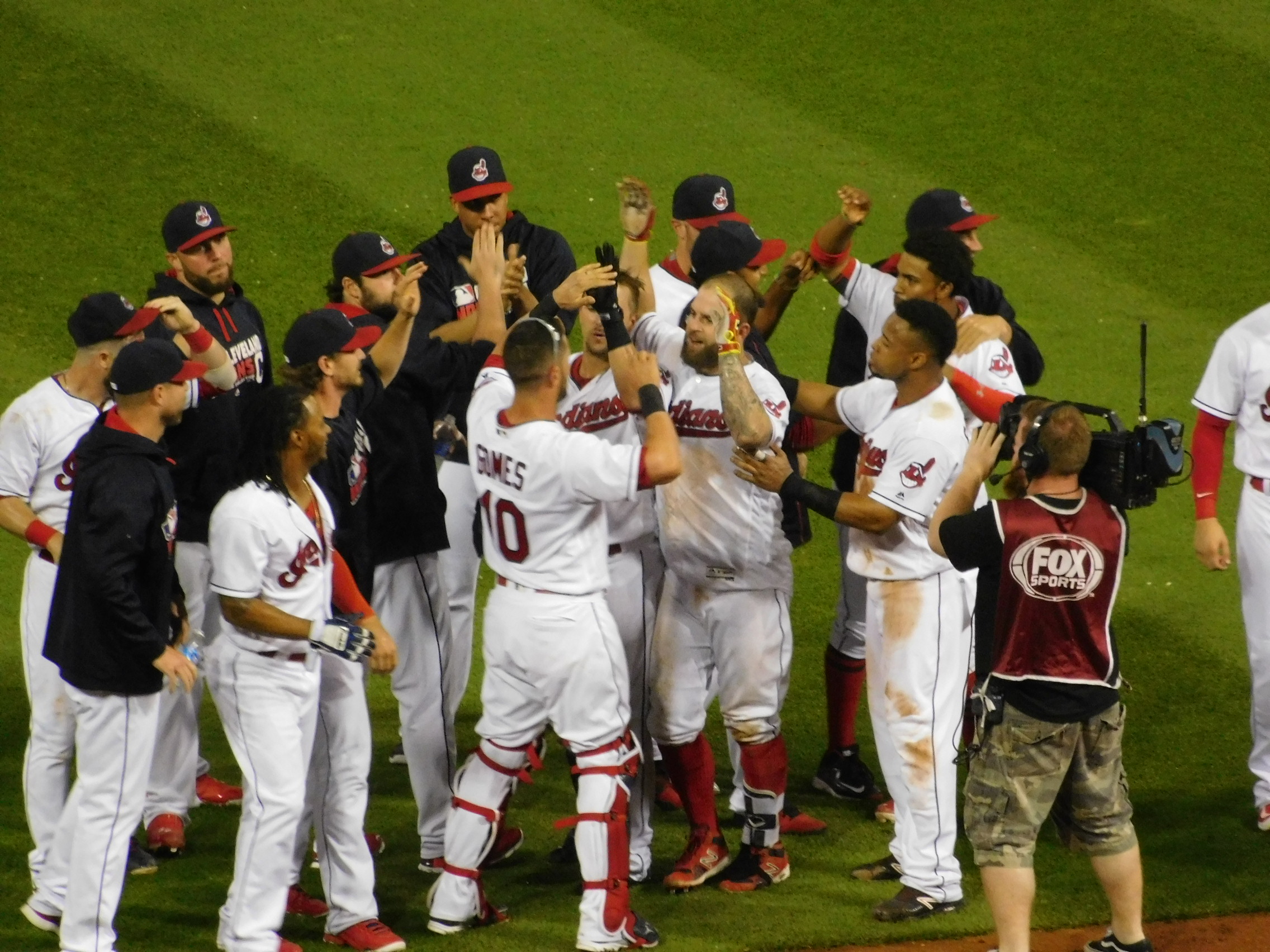 CLEVELAND – For Indians shortstop Francisco Lindor, he was just going to keep running till he was told otherwise.

His clutch one-out triple in the 9th that was badly misplayed by Royals outfielder Paulo Orlando was the difference as for the second straight day the Indians got a walk-off win, beating first-place Kansas City 5-4 at Progressive Field.

The win came after the Indians scratched out a run in the 8th down 4-2 when Tyler Naquin singled in Mike Napoli to make it 4-3, setting up the 9th inning heroics for Lindor and company.

The 9th inning started with Carlos Santana pulling off the hustle play of the night, singling through the hole at second, and then going to second when Orlando committed an error.

“That play right there, that won the game for us,” Lindor said of the hustle play by Santana.

Jason Kipnis bunted Santana to third, and then Lindor punched a ball out to right, and it dropped the got by Orlando, and it was a race from that point for the Indians second-year superstar.

“As soon as I saw the ball drop I was like ‘run until they tell you stop,'” Lindor said. “I was thinking three all the way, because I know I have the 4th and the 5th hitters, and Napoli is one of the best clutch hitters. I just wanted to get to third base.”

He did, and the next batter in Napoli hit a sac fly to left to score Lindor and send the home crowd happy.

The night was also a good one for the returning Carlos Carrasco, who went five innings, allowing three runs on nine hits with one walk and two strikeouts.

He was making his first start after being injured in Detroit and hearing his hamstring pop.

His presence alone was a moral win, but it was even better as the team was able to rally against a team they will be fighting with for control of the division all season long.

“I didn’t come back today and try to pitch deep in the game,” Carrasco said. “I only went five innings, but for the rest I feel great.”

With Carrasco back and the team being able to pull off some late inning wins the last two nights, it looks like the team is back on track after losing four of five in parts of two series against the Orioles and Rangers.

Indians End an Emotional Day with a Much-Needed 11 Inning 5-4 Win Over Texas
Captains in the Majors: Position Players