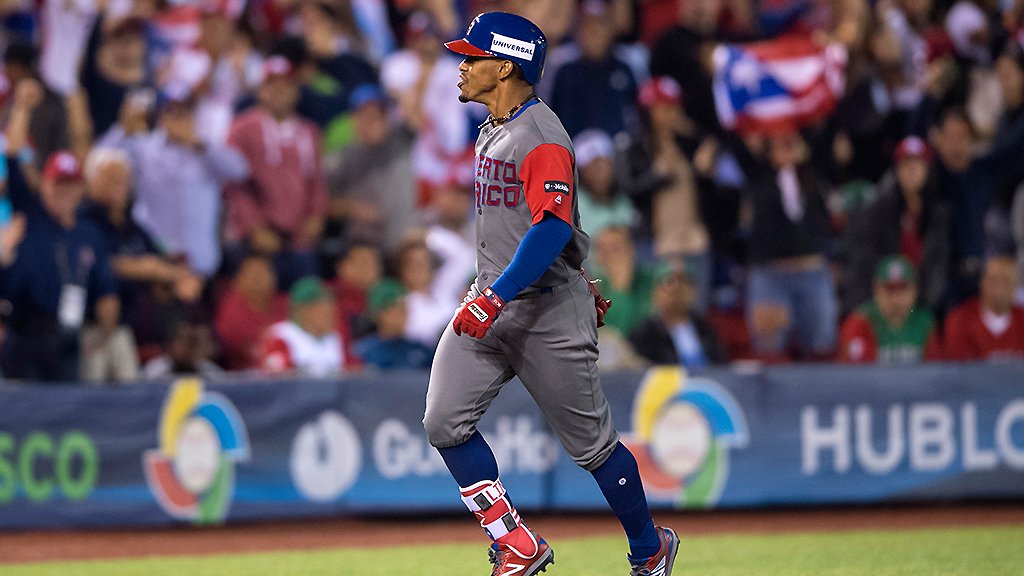 Francisco Lindor appears to be in the swing of things so far at the World Baseball Classic, as he homered twice in Puerto Rico’s 9-4 win over Mexico.

He gave a little bat flip on the first one.

This ball never stood a chance, and @Lindor12BC knew it. #WBC2017 pic.twitter.com/kl3qHeW8Zz

The second one was just business as usual.

Puerto Rico is 2-0 so far in the World Baseball Classic and will play Italy at 3:30 pm ET Sunday. If Puerto Rico wins, it would clinch Pool D and propel the team into the next round.

Lindor went 3-for-5, driving in three runs and scoring three runs in the win over Mexico.

He went 0-for-2 with a walk when Puerto Rico beat Venezuela 11-0 in its first game of the WBC.