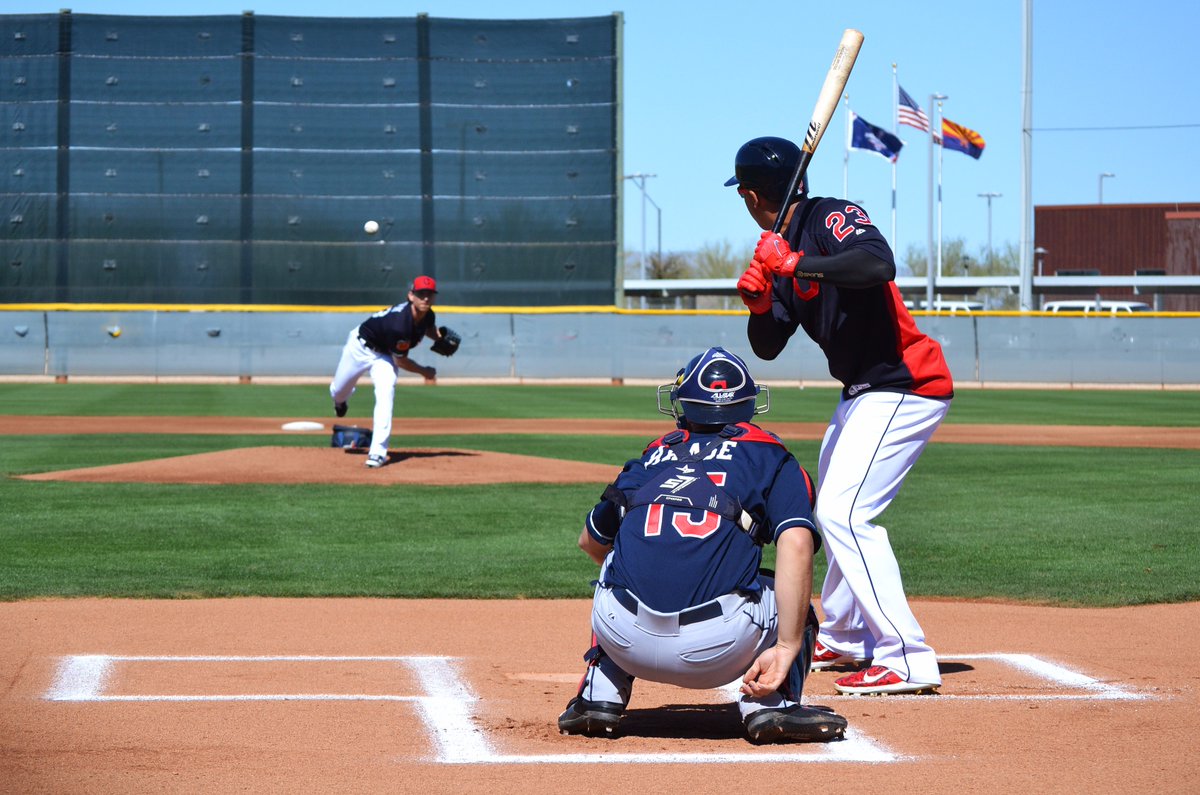 Indians reporter for MLB.com Jordan Bastian reported that Brantley had 3 at-bats, 2 being against Josh Tomlin and 1 against Dan Otero.

Michael Brantley had this to say about hitting live batting practice:

“It was good. Another stepping stone. Another progression. It went well.”

Here is the full Terry Francona quote on Brantley, who got through a live-BP session with no issues today: pic.twitter.com/eUFivMBCa7

Brantley missed most of the 2016 season and is looking to come back for a healthy 2017 season.