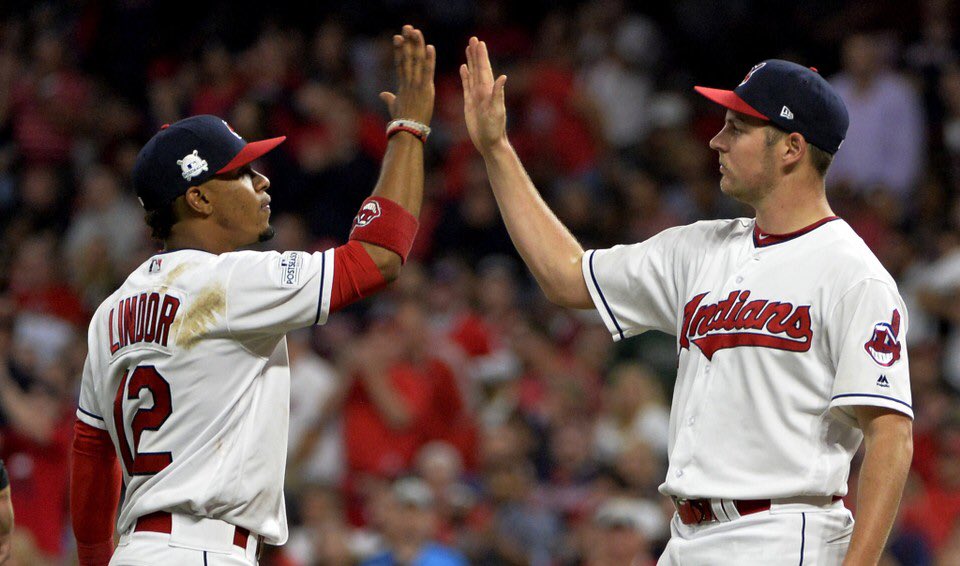 CLEVELAND – The Indians couldn’t have asked for a better start to the American League Divisional Series on Thursday night at Progressive Field, topping the New York Yankees 4-0.

Better yet, they did it without ace Corey Kluber having to throw one single pitch, as the team went with and won with Trevor Bauer who looked a lot like Kluber in the win.

From Jason Kipnis’ amazing snag in center, to Jay Bruce’s two-run homer to Bauer’s awesome outing to even Yankee slugger Aaron Judge striking out four times, Indians twitter had a lot of fun with this win which puts the Tribe for now in the driver’s seat in the best of five.

Here’s some of the best tweets from the win on Thursday night.

Cleveland Indians you can do it. Go all the way! ⚾⚾⚾⚾ pic.twitter.com/LUs82f2fDs

WHY ARE YOU PLAYING JASON KIPNIS IN CEN—— pic.twitter.com/7vXWejny47