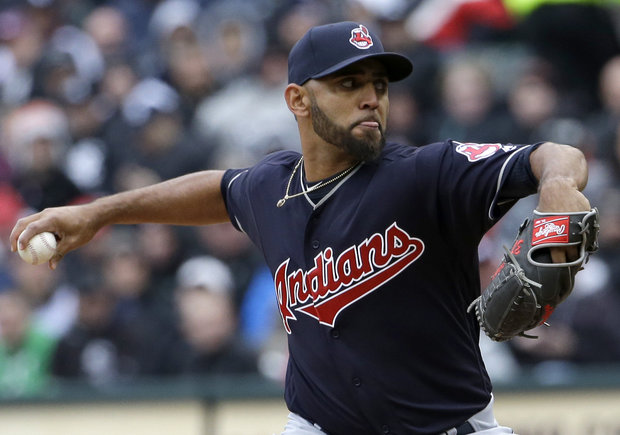 Cleveland – Moral was seemingly high after the Indians completed the three-game sweep Sunday afternoon over the Oakland A’s, and news of Andrew  Miller coming to town had the crowd buzzing. The Minnesota Twins had other plans as they came to Cleveland Monday night to start a four-game series with the Tribe, completely blowing out the home club with a 12-5 victory. The Indians are now 4-6 against the 41-64 Twins, yet 26-8 vs the rest of the division. The Indians and Twins will face off six more times after this four-gamer is complete; a three-game series in Cleveland to cap the month of August, and the finale in Minnesota in early September.

Danny Salazar took the mound to start for the Tribe, and gave up a two-run home run to Max Kepler in the first to give the Twins a 2-0 lead.

The Indians would respond in the home half after Francisco Lindor singled to left with two outs, and Mike Napoli was hit by pitch. Jose Ramirez singled to left scoring Lindor, and moving Napoli to third for Lonnie Chisenhall to bring him and Ramirez home on a double giving the Tribe a 3-2 lead.

Eddie Rosario of the Twins led off the 2nd inning with a solo shot to tie the game 3-3.

In the top of the 3rd, Joe Mauer got things started for the Twins with a single, and Kepler homered once more to make it 5-3. Salazar walked the next batter, Kennys Vargas, before he was relieved by Austin Adams. Eduardo Escobar singled and Rosario walked to load up the bases. Jorge Polanco broke it open with a damaging triple, making it 8-3.

In the top of the 6th Cody Anderson took the mound for the Tribe. In some sick twisted deja vu, Mauer singled once again to lead off the inning then, you better believe it, Kepler hit his THRID home run of the game, extending the Twins lead to 10-3.

The highlight of the night, which was short lived, was Andrew Miller making his debut in front of a cheering crowd in the 8th. Unfortunately, the Twins already had the Indians’ number and Mauer smacked one over the right field wall to make it 11-3. Miller faced Kepler, who grounded out, as his last batter of the evening. Zach McAllister came in to relieve Miller, and gave up an additional run after Suzuki doubled and Escobar singled, making it 12-3.

The  Indians would get on the board one last time in the home half of the 8th. Carlos Santana singled to lead off the inning, and with two down Napoli sent one over the  center field wall, cutting the deficit to 12-5. The Twins outhit the Indians 19-6.

Danny Salazar, who went 2.0 innings and gave up 6 runs, was tonight’s losing pitcher.