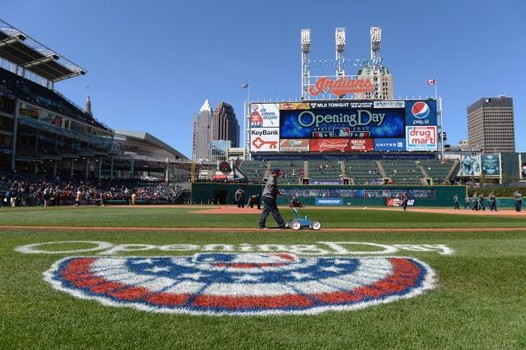 CLEVELAND — It has become a common theme for the Cleveland Indians to get off to slow starts through the first few months of the season.

The past three seasons the Tribe have fallen behind in the ultra-competitive Central division each year, having to fight an uphill battle to get back into contention.

In 2013, when they made the their only playoff appearance since 2007, the Wahoo’s got off to a 9-13 start before turning things around and claiming a spot in the wild card game.

They began 13-19 in 2014 and despite recovering for a very respectable 85-77 record, the early hole proved to be too deep to come out of and watched the post season from home.

2015 was even worse, starting off 11-20 before grinding their way to another solid finish at 81-80 but no playoff appearance.

A quick start seems even more vital this season as the Central division looks to be even tougher than in the years prior.

The Minnesota Twins had a surprise season last year and tout some of the best young talent in the league while the Tigers retooled with some big off season moves.

Even the Chicago White Sox, though not believed to be serious contenders, can’t be counted out.

With a packed division like that, it is crucial for Cleveland to take a different approach this year and stay away from playing season-long catch up.

It is well known that, despite the lack of a big off season bat acquisition, the Indians are a very talented group that is capable of a long post season run.

With their pitching and young talent, a hot start could set the table for a Central division crown or at the very least an AL wild card birth.

The Tribe will start the season without their top player in Michael Brantley but after many thought he could miss a few months, it is now looking like a few weeks at most.

While Cleveland didn’t make the splashy off season move to acquire a top talent, they did add enough pieces that the offense should be able to stay afloat for a few games sans Brantley.

And with the starting rotation being one of the best in the majors, there really is no excuse for the team to start off in another slump.

Even if the Tribe does get off to one of their early season slumbers, all hope is not gone with the talent on this team.

If they find a way to race out to a fast start, however, the sky truly could be the limit for the 2016 Cleveland Indians.

Here’s to hoping skipper Terry Francona can finally work the same late season magic he’s notorious for in April and May.

If I could choose each Indians player’s walk-up music
2016 MLB Predictions: Who Will Be World Champs?