Tribe Sweeps White Sox with 5-4 Come from Behind Win 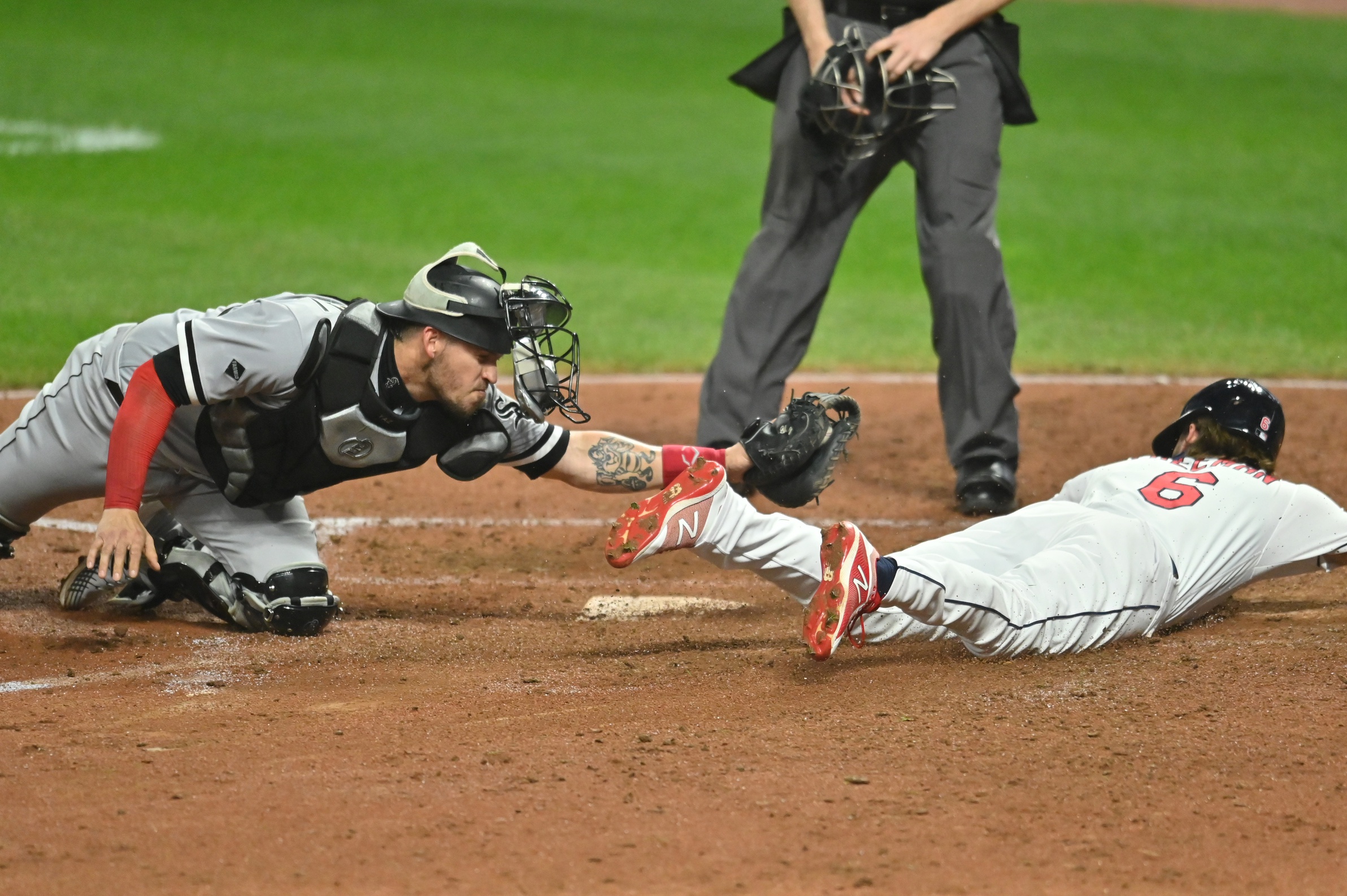 When Chagago came into Cleveland they had a three game lead in the AL Central. After Cleveland’s 5-3 victory, Minnesota is leading the division by one game over Chicago and the White Sox have a one game lead on the Tribe for the first Wild Card spot.

Zach Plesac got the start for the Tribe and pitched decent as he went six and two thirds innings allowing four runs.

Yolmer Sanchez started the scoring off this evening when hit a line drive to right that barely cleared the wall to give Chicago a 1-0 lead in the top of the third.

Cleveland would answer that run in the bottom of the third when Cesar Hernandez got a little unlucky on a double down the first base line that managed to bounce off the stands for a ground rule double. This Scored Roberto Perez who had doubled earlier in the inning. 1-1 after three.

That is where the game would remain until the seventh when Yoan Moncado led the White Sox off with a triple and would score when Yasmani Grandal grounded out to first. Chicago would add two more in the inning on a single from Nomar Mazara which score Jose Abreu and Eloy Jimenez making it a 4-1 Chicago lead.

Once again the Indians would answer immediately scoring four in the bottom of the seventh.

The first three batters of the inning would reach safely giving the Indians bases loaded with nobody out. Delino DeShields grounded to thirst causing a force out at home then Francisco Lindor followed with a shallow foul out to left. I began to think all hope was lost.

But, Hernandez would once again answer the bell with a bloop single just over the second baseman’s out stretched glove to score two. Following that, Jose Ramirez showed why he should be considered for the AL MVP whe he doubled off the wall in right to plate two more and give the Indians a 5-4 lead.

Cam hill who came on to get the last out of the seventh worked a scoreless eighth to hold the one run lead for the Tribe.

Brad Hand would come on for the ninth to try to earn his league leading 15th save and he did just that. Hand struck out the first two batters and got the third to hit a weak grounder to first.

The Indians are smoking hot right now and seem to be peaking at the right time. With only three games left against Pittsburgh, they have a real chance at the division title.

This is shaping up to be a very exciting end of the regular season and playoff run for Cleveland.