Tribe Falls 7-6 To Yankees in 11 Innings 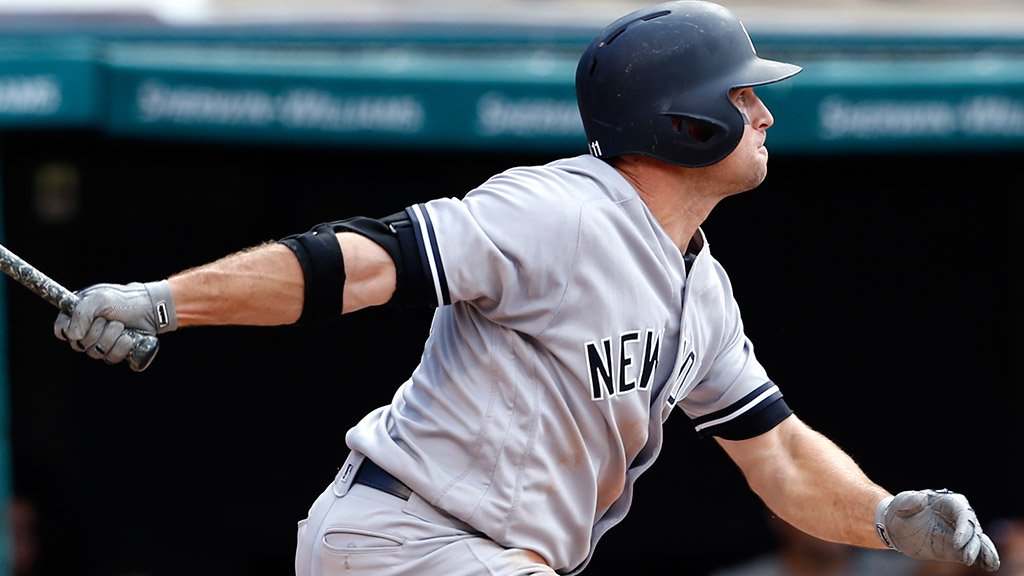 The Cleveland Indians looked to make it back to back wins in front of a packed house on national TV Saturday afternoon against the New York Yankees. The Indians struck first. After being hit by a pitch to leadoff the game, Rajai Davis advanced to second on a sacrifice bunt and then to third on a delayed steal after Brian McCann took his time throwing the ball back to the mound. Carlos Santana showed his wheels and beat out a throw on an infield single that scored Davis.

The third inning had the most action of the game offensively. The Yankees added an RBI single from Carlos Beltran and Didi Gregorius hit a two run shot to right on an 0-2 pitch to put the Yankees on top 3-1. The lead didn’t last long as Cleveland came storming back. The Indians strung together a set of hits including a Mike Napoli single, Carlos Santana double, and Jose Ramirez single to put the Tribe back on top 4-3. Jose Ramirez got another hit with a runner in scoring position in the fifth to add his second RBI single of the day.

Danny Salazar couldn’t fight his way out of the sixth inning however. He was pulled after a tough at bat against Alex Rodriguez, who came in to pinch hit and ended up drawing a walk after a few possibly missed strikes. The bullpen struggles continued as Dan Otero allowed a bases clearing triple to left against the very next batter as the Yankees retook the lead 6-5. The six earned runs charged to Salazar were the most he’s allowed all season and only the second time he has given up four or more earned runs in a start this season.

The dominant bullpen for New York was tested today by Cleveland. An early hit in the seventh, eight, and ninth innings forced them to buckle down and get tough outs. Most of the time, strikeouts were able to do it. In the seventh, Ramirez was able to get his third RBI single of the game off of Dellin Betances to tie the game up. Juan Uribe almost scored the second run of the inning, but Gregorius made a fantastic diving stop up the middle and throw to second to get the final out of the inning, stranding the runner at third.

The ninth inning was filled with drama as both teams looked to squeeze out a win. Cody Allen came out in a non-save situation, an area where he has struggled this year. Beltran led off the inning and pummeled a ball to right field that fell about six inches short of a home run. Fortunately, McCann grounded into a double play to wipe out that early threat. In the bottom half of the inning, the Indians had runners on first and second. In perhaps the most controversial call of the game, Francisco Lindor was called out for interference. A groundball was hit in the area where he was running, and Yankees 3B barreled into him attempting to make the play which he didn’t have much of a chance on as Gregorius was the one who fielded it closely behind both Lindor and Chase Headley. Instead of having bases loaded with no outs, it was still first and second with one out. Ramirez and Uribe would both go down on strikeouts to end the inning.

Beltran continued to have a day for himself, notching his third hit with two outs in the 11th. McCann made up for his earlier double play by hitting a double off the right field wall and a misplay by Abraham Almonte easily allowed the runner to score, giving the Yankees a one run lead. Aroldis Chapman came back on after already throwing 1 1/3 innings to finish the game. He allowed a leadoff walk to Jason Kipnis but that was all the Indians could muster. The Tribe will look to finish the first half strong and split the series as they will put Carlos Carrasco on the mound to face Masahiro Tanaka in the series finale.

Of other notes from the game, Carlos Santana extended his hitting streak to ten games, batting .350 over the stretch. The bottom of the order continues to struggle with Uribe, Almonte, and Yan Gomes going 1-15 today. Uribe and Gomes have now dropped their batting average to .218 and .168 respectively while Almonte is at .133 in just six games after serving his 80 game suspension.