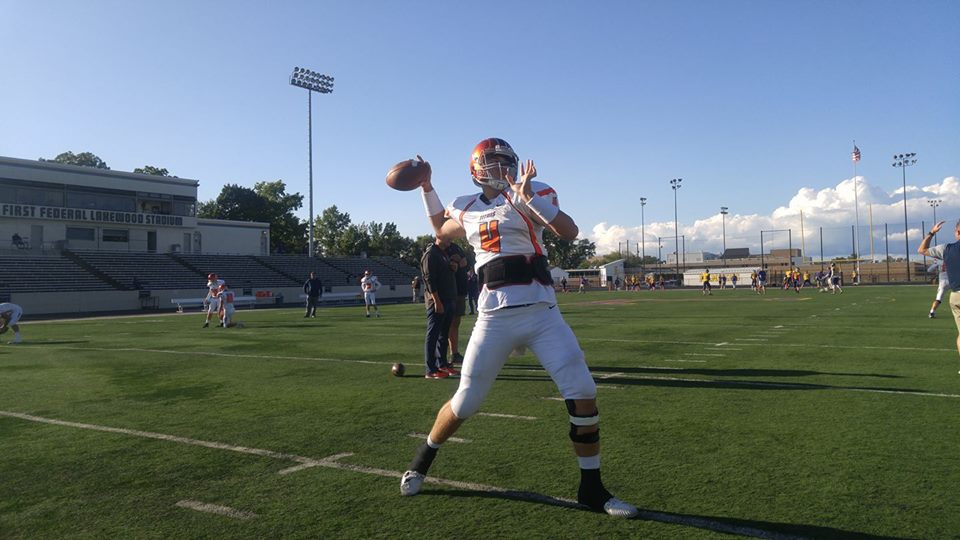 In the 1990’s NFL, those numbers would down right win you MVP.  Considering the 6 foot 6 Junior Quarterback Trevor Bycznski of Berea Midpark just put up those same numbers in only 10 games, he is the out and out leading candidate for SWC Quarterback of the Year.  While the votes are still being counted, Bycznski of Berea Midpark and Ryan Maloy of Avon remain the favorites to walk away with the NEOSI SWC Quarterback of the Year!

The two did battle this last week in Berea, and combined for a whopping 98 points.  Bycznski also played a key role in helping the Titans improve upon their 3-7 record of last season.

He had monster performances against Strongsville, Lakewood, Westlake, North Ridgeville and North Olmsted to name a few. The Titans came within an eye lash of knocking off Amherst, Avon Lake and Strongsville.

They will no doubt be one of the front runners to take the conference next season.

Congrats to Trevor on a great season!