Is Trent Richardson headed back to the NFL? 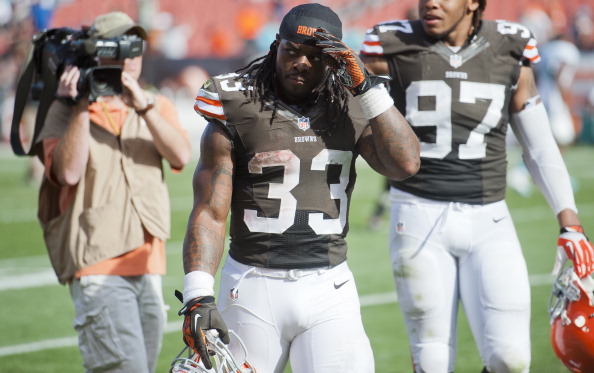 On a day when most Browns fans can’t feel any worse about their miserable team.  We have this news come across the NEOSI sports desk.

Former number 3 overall pick in the 2012 NFL Draft by the Cleveland Browns Trent Richardson, who was a total bust in his very short tenure in Cleveland (traded after only 18 games to the Colts), is absolutely tearing it up in the CFL.

Richardson is now the centerpiece of the Saskatchewan Roughriders and is leading them to multiple victories.  The team is 3-1 since Trent started suiting up for them and fresh off a 37-12 drubbing of the Montreal Alouettes.

Will these great performances get the attention of NFL teams?  Only time will tell.  Richardson rushed for 127 yards and two touchdowns Friday night.  More yards then he ever had in a single NFL game.

So, Browns fans, can it get any worse?  Duke Johnson left today’s game with a concussion leaving the running back corps thin.  Should we consider signing the rejuvenated Trent Richardson?