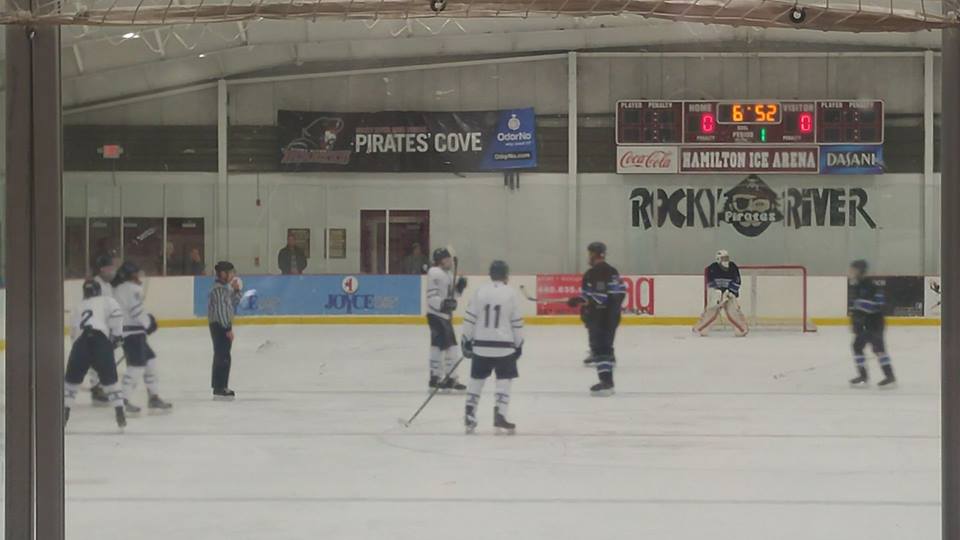 Midview controlled the puck for most of the first period but several shots came up empty.  After a goal in the 10th minute, they failed to add on.  As the period wore down, so did the Midview defense as the Hudson Explorers started to attack.  After tying it with a little over a minute to go, the Explorers had a back breaking goal with only 2 seconds left.

It was all Hudson Explorers in the second period.  Midview failed to convert on two power play tries and Hudson took full advantage of their own chances.  By the end of the second period it was a blistering 6-1 Hudson lead.  The Explorers were aided by a Brady Ludwig hat trick, and two goals by Danny LaFontaine.

Yet again, they struck late in the period when the Midview defense appeared to be out of sync and just plain tired.

The third period was more of the same, Hudson continuing to convert power plays for goals while Midview came up empty.  By the time it was done, the running clock was on midway through the third period and it became a laugher as Hudson rolled to the 9-1 victory.

The player of the game was Brady Ludwig with 4 goals.

Midview 9:32 of the second period.  Did not convert.

Hudson 7:13 of the second period. Converted for a goal

Hudson 7:05 of the second period. Converted for a goal.

Midview 2:55 of the second period. Did not convert.

Midview 13:21 of the third period. Did not convert

Hudson 7:45 of the third period.  Converted for a goal.

Midview 6:02 of the third period. Did not covert.