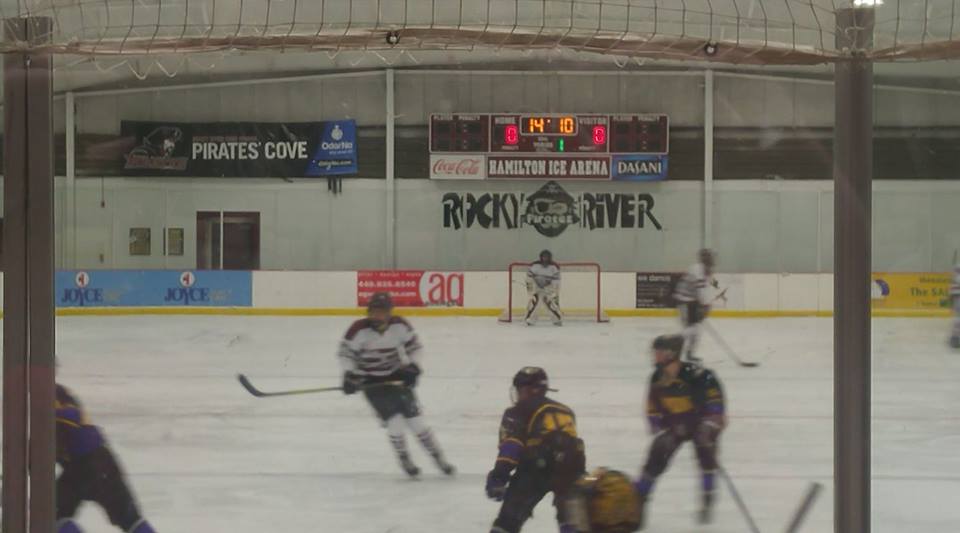 Avon had their chances early on and simply couldn’t convert, it would come back to kill them as they lost 7-0 in a blowout.  The missed opportunities would haunt them all game lone and they never recovered from some early mistakes.

A short-handed goal would give River the early lead when Teddy Steueber was set up perfectly to score off the Eddie Zuercher pass.  This came when Avon was actually on the power play.  The short-handed goal is never what a coach wants to see, especially so early in the game.

Avon would then get a great chance to tie the game when River committed a 5-minute major for boarding.  However, once again the Pirates showed how great their penalty kill team is as they actually kept the puck in the Avon zone for most of the 5-minute mark.  Avon would fail to convert.

River had no issues cashing in their chances however, and converted on 3 of their 3 first period power play attempts to take a 2-0 lead after one period of play.  On the goals were Teddy Stueber and Luke Witzigreuter.

The mental mistakes for Avon continued in the second period as they continued to spend more time in the penalty box and less time in the attack zone of Avon.  The Pirates took full advantage and opened the lead to 3-0 with a little over 10 minutes left to play in the period.  Once again, it was Luke Witzigreuter cashing in on a power play goal.  The assist was once again from Nolan Weaver.  The goals just kept coming fast and furious and the Pirates held a commanding 6-0 lead after two periods.

Even with a running clock in the third, the Pirates just kept bringing it and putting it between the pipes.  They will be a tough out for anyone this season.  I do have to give credit to Avon goaltender Danny Fielding for having 40 plus saves today.  42 total saves.  Avon only got off 3 shots all game.  It was bad, but if not for Fielding it would have been much worse.