The Indians’ Passive Winter Has Opened the Door for Competition 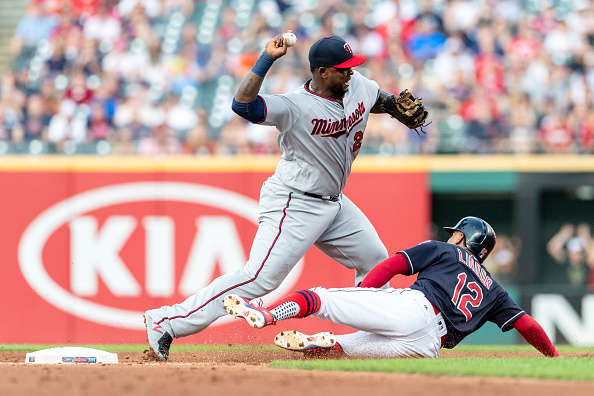 I haven’t held back when it comes to expressing concerns about the Cleveland Indians and their winter of cost-cutting. The idea of shedding salary during a year of contention is something I’ve struggled to understand.

However, anyone who’s attempted to ease these concerns typically does so by saying, “it’s not like the Indians need to do much at all, they’re guaranteed to win the division.”

I’m not sure that’s the case anymore.

The Minnesota Twins have been adding some notable power to their lineup this offseason. A couple months after signing slugger Nelson Cruz, the team went out and acquired Marwin Gonzalez this morning.

While the Indians spent the offseason cutting back salary, Minnesota has actively looked to improve after an off year. As a result, it’s no longer safe to assume Cleveland’s path to the playoffs is a cakewalk.

The Twins’ 2018 season was, in no uncertain terms, a let-down. After clinching a wild-card berth in 2017, Minnesota finished the following season below .500. This was due, in part, to struggles seen from Byron Buxton and Miguel Sano, two key players for the team’s future.

Initial projections for the year ahead are positive for both players, as each is expected to have a bounce-back season.

Complement this with Gonzalez – who was one of the league’s best hitters in the final months of 2018 – and Cruz – who’s averaged over 40 home runs per year across the past five seasons – and suddenly Minnesota has itself a strong offense.

To be clear, I’m not here to say Minnesota is now a World Series contender. What I am saying is Cleveland is a team with flaws, and no longer has the benefit of playing in a division of disarray.

While the Twins are being active and making roster improvements, the Indians are shedding what salary they can under the assumption little effort will be needed to get back to the postseason. While Minnesota added offensive depth, Cleveland is already wondering if first baseman Carlos Santana would be a solution for the outfield woes.

Yes, the Indians’ starting pitching is second to none. Yes, they also boast two of the best middle infielders in the game.

That said, Cleveland’s bullpen is questionable at best. Likewise, the offense severely levels off after Francisco Lindor and Jose Ramirez. Not helping matters is the fact the former will miss all of spring training at the very least thanks to a calf strain.

So, while the Indians’ rotation is great, it’ll likely be asked to throw a ton of shutouts or one-run appearances thanks to holes in both the offense and the pen.

What makes Minnesota’s activity frustrating is the simple fact the Indians brought this on themselves.

Not only did they sit on their hands in a contending year, they voluntarily made their roster worse. They seemingly did so under the same assurance optimistic fans have been telling themselves, that the AL Central is still Cleveland’s for the taking.

All this approach appeared to do was open the door for the Twins to play spoiler.

If there’s a positive to find, it’s the fact Cleveland should now feel pressure. Last year, when it was clear just weeks into the season there’d be no competition for the division crown, the Indians shifted to cruise control and never looked back. Said lull carried into the postseason, where the team was eliminated before it could even settle in.

As a result, one would think a suddenly-more imposing Twins team would ensure the Indians don’t carry the same assumptions in 2019.

At least, I would hope that’s what happens.

This is no longer a situation where Cleveland can clinch the Central in May. Assuming this is the case – and it sure seems like the front office felt this way over the winter – could lead to a disappointing season.

If worst comes to worst and this indeed takes place, the Indians will only have themselves to blame.

Video: Check Out the Indians ‘Must C Moments’ from the 2018 Season
Indians Announce Lineup for Spring Training Opener Against Reds