The Browns Need a Shakedown After yet Another Disappointing Loss 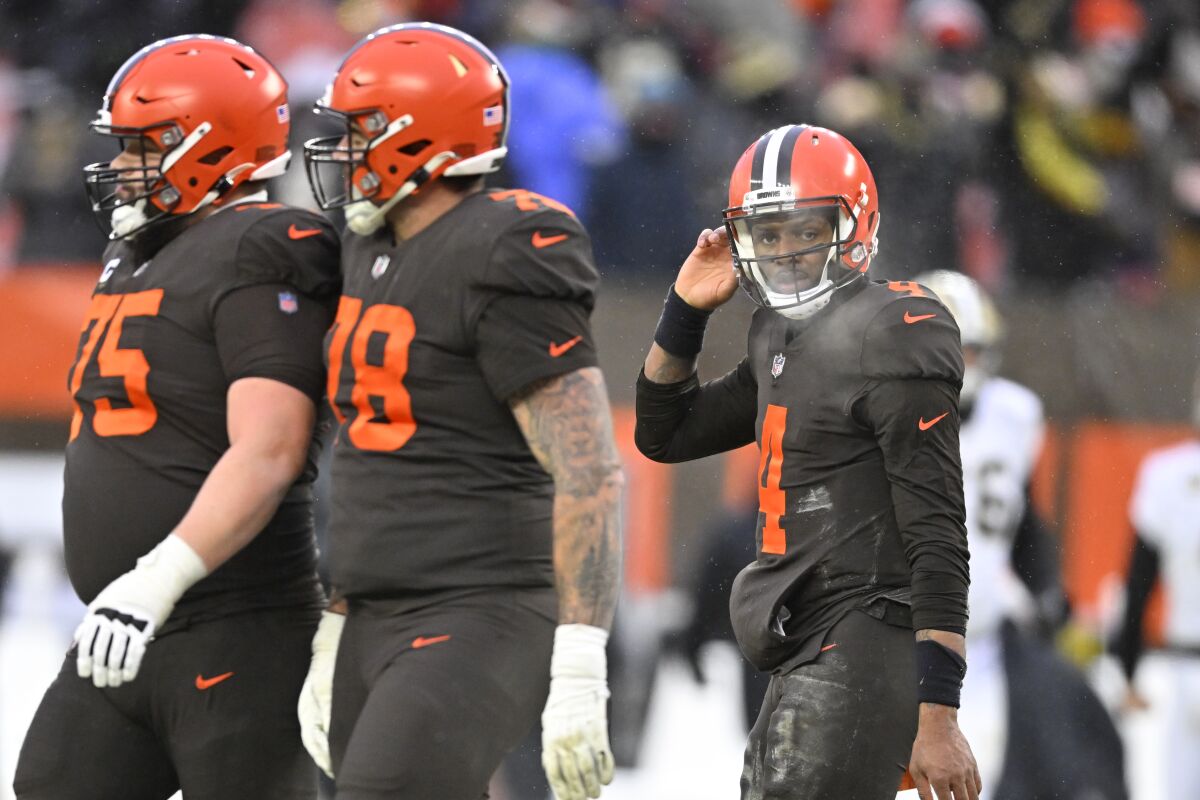 Christmas Eve was anything but cheery for the Browns. The weather in Cleveland was a bitter six degrees with wind-chills in double digits. The Browns hosted New Orleans; the cold weather should have given them home field advantage yet that was not the case.

There’s not much to highlight on the 17-10 loss to the Saints. The offense continued to be disappointing with Deshaun Watson completing 15 of 31 pass attempts for 135 yards and one interception. He didn’t have a passing touchdown but did score a rushing touchdown which is his first of the season. The weather did impact both sides with players slipping and throws sailing with the wind away from receivers.

Dropped passes and a sack

There were three significant dropped passes that could have led the Browns to victory. Amari Cooper slipped attempting to catch a pass from Watson in the end zone. Cade York would kick a field goal as the Browns had to settle for three. Donovan Peoples-Jones had a drop and David Njoku failed to make a touchdown pass in the final seconds of the game.

Watson was left on fourth-and-10 on the Saints 15-yard line with 26 seconds left. He took the sack for a seven-yard loss instead of attempting to run or make a throw. The ending was fitting to what was a lackluster day for the Browns. They fell to 6-9 which officially eliminated any playoff hopes. Albeit their chance at making the playoffs were less than one percent.

Players focus not on the field

Njoku had stated prior to Saturday’s game he would be shirtless. The tight end stated the temperature isn’t an issue, “On game day, I feel nothing.” This can be seen as some weird show of manhood, I guess? Peacocking around the field in what meteorologists referred to a bomb cyclone gets people talking. Yet, the play during the game should be the focus.

Safety, John Johnson III, took to Twitter almost immediately following the game to poke back at fans. He seemed more interested in defending himself on social media than giving it his all on the field.

What coverage are we in and what gap do I have? ❤️ Merry Christmas

These types of antics from players are often a sign of a lack of leadership.

By this point in the season, we’ve all heard the rumblings of Stefanski’s issues. His nonuse of Nick Chubb on short gains, his stubbornness to deviate from play calling, and seemingly no control of his players as to what they say to the media and on social media.

To be blunt, he’s at the helm of this ship and while it hasn’t completely sunk, I can hear the Titanic music playing.