The 2019 MLB All-Star Game Logo Unveiled; Cleveland is On the Clock for Next July’s Game 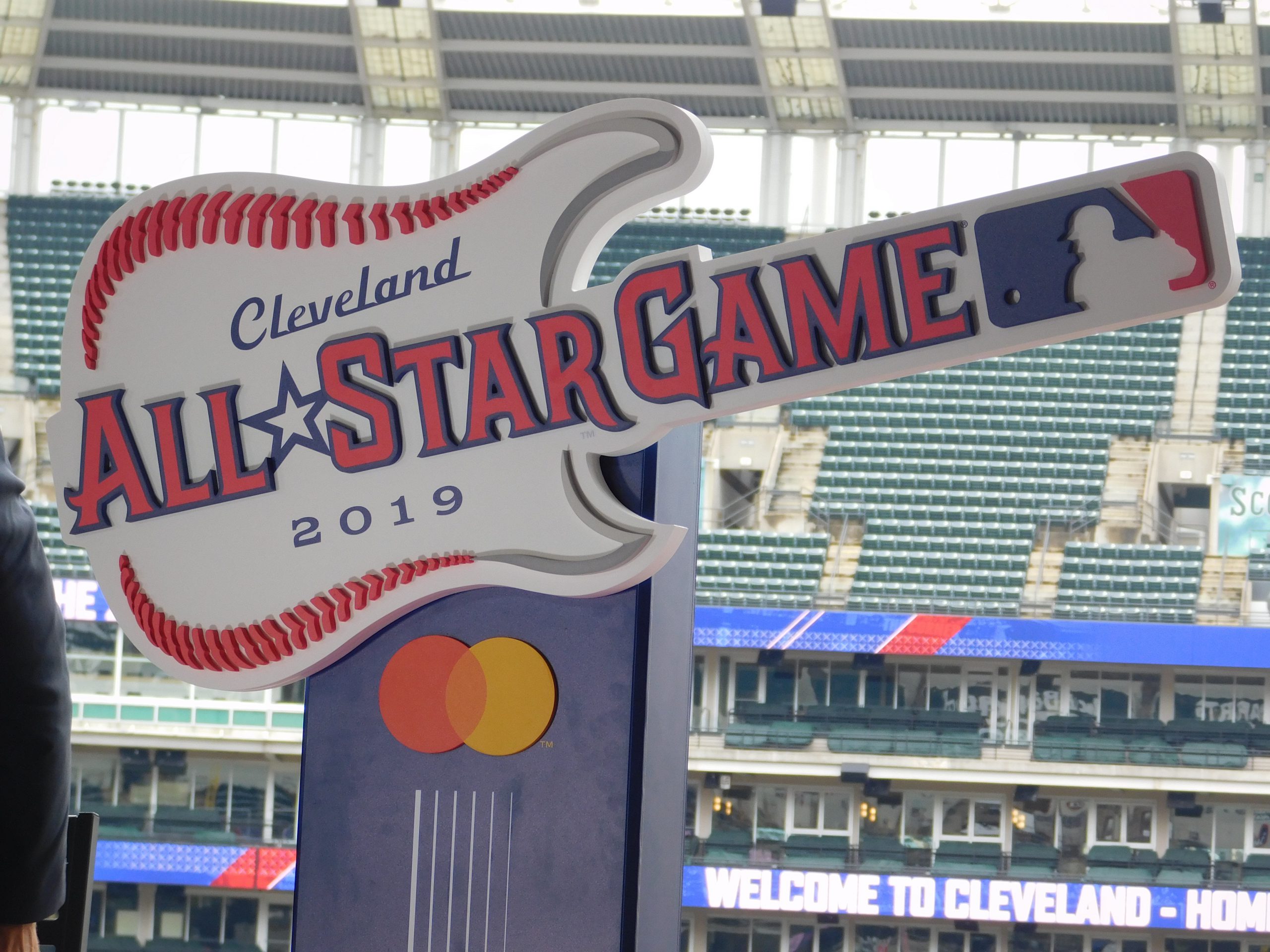 CLEVELAND – The city of Cleveland is officially on the clock, as Tuesday at Progressive Field the Indians and Major League Baseball unveiled the logo for the 2019 MLB All-Star Game, to be played on July 9th of next year.

The logo that will represent the game next July has a true Cleveland feel to it, a simple yet effective design of a guitar with “All-Star Game” across the front, with “Cleveland” on the top and “2019” on the bottom.

“This is a very exciting time for our city and organization,” Dolan said in a statement.

“Today’s logo unveil starts the countdown to 2019 All-Star Week festivities and is an invitation to baseball fans around the world to come visit our Rock N’ Roll city. With significant renovations over the last few years at Progressive Field, our ballpark truly is a crowned jewel and we look forward to putting on a great show for Major League Baseball.”

It’s no shock as well that Chief Wahoo is nowhere to be found in the logo, Wahoo was not on the logo for the game in Cleveland in 97 either.

The game in Cleveland next year will be the 6th time that the mid-summer classic is played in the city.