Streaking Indians Roll Past Orioles 6-3 to Wrap Up Road Trip 7-1; Three Takeaways From the Win 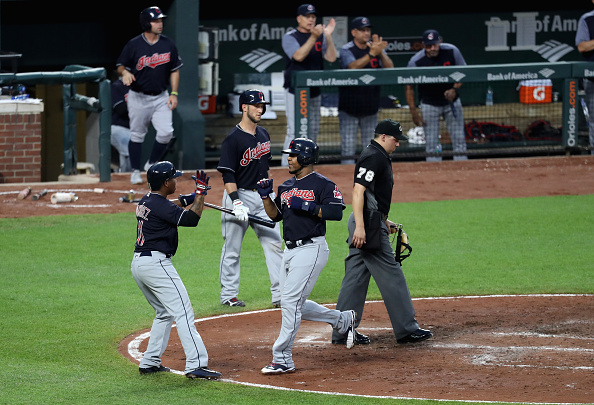 A week ago today the Indians took the field after two straight losses to the Los Angeles Dodgers, and finally got back in the win column with a solid 12-5 win that ended their last homestand with a 3-3 mark.

Still looking up at the Twins in the AL Central, the team headed to Target Field for four games, and dominated Minnesota, outscoring them 24-8 in winning all four games and putting themselves finally in first in the division.

Fast forward four days later, and minus one one-run loss to the Baltimore Orioles, the Indians appear to finally be ‘back’ in terms of the expectations everyone had for them, as following another win on Thursday, the team comes home winning seven of eight games on their latest road swing.

The O’s were beat up and down by the Tribe, getting outscored themselves 24-9 in the four-game set. Here’s our takeaways from Thursday’s win, and a look ahead to a homestand starting Friday night as they try to put even more distance between themselves and the division.

Indians Defeat Baltimore 5-1; Three Takeaways From The Win
Bradley Zimmer Wants To Prove He Is Faster Than The Freeze – Challenge Accepted