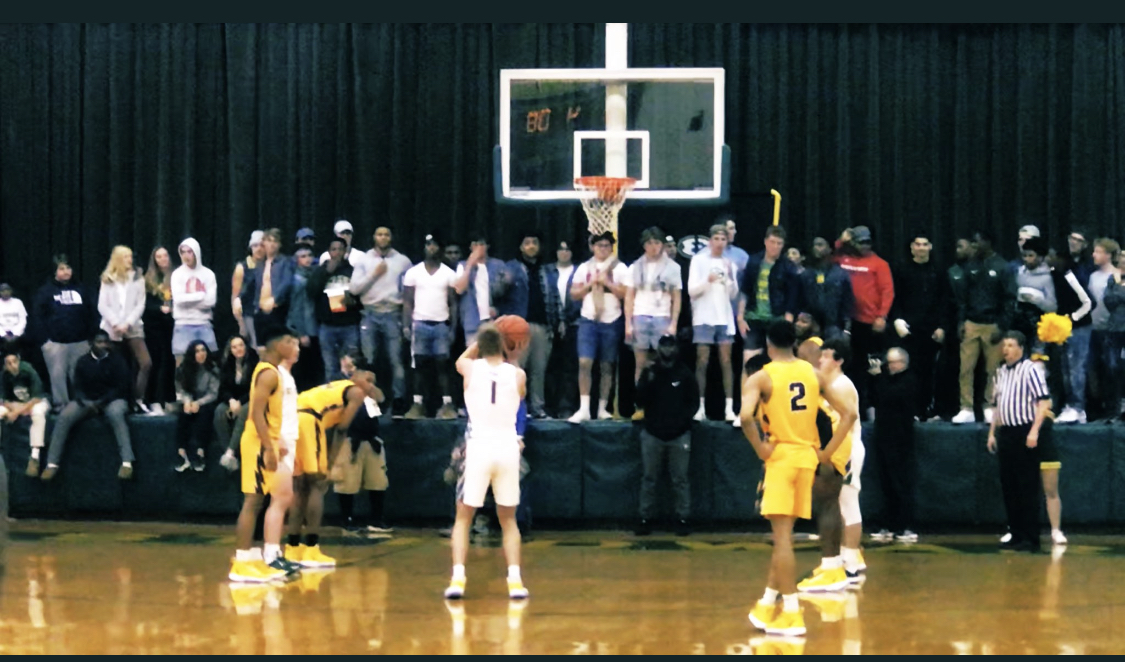 LAKEWOOD, OHIO – Many believed that Tuesday night’s battle of undefeated teams would be the best game of the week.

Davidson commit Grant Huffman and company made the highly anticipated game look like business as usual, as St. Edward rolled to an 81-58 victory over Brush.

The opening quarter was competitive, with the St. Edward holding a slight 17-13 advantage. Devontae Blanton and Pittsburgh commit John Hugley both finished with seven points in the frame.

John Hugley from downtown. The Brush student section is loving it! 🎥⬇️ pic.twitter.com/UcScFYf7cg

After that point, it was all Eagles. They were able to outscore Brush 30-8 in the second quarter, forcing 11 turnovers compared to their one in the first half. Brush would finish the game with a season-high 25 turnovers in the game.

“You (cannot) give up 25 turnovers on the road and expect to be in the game,” Brush head coach Chet Mason
tweeted after the game.

The second quarter featured a handful of highlight reel plays, including a sensational crossover and step back three pointer by Michigan State football commit Montorie Foster.

Montorie Foster with the beautiful crossover and step back three! Ed’s starts the second quarter on a 7-0 run to take a 24-15 lead. pic.twitter.com/hc5tXJH1Hh

Grant Huffman showing why he’s one of the best in NEO, as he works inside to get the buzzer beating layup in traffic 🎥⬇️ pic.twitter.com/wVLPcz6lFi

The second half was more evenly played, but St. Edward was able to keep Brush in check to prevent any sort of rally in the final 16 minutes.

The “big 3” of Blanton, Foster, and Huffman would combine for 62 points, more than the entire Brush team. Chris Ringfield also came up with a monster block in the fourth quarter on the games only poster attempt.

What a sequence for Ed’s! Monster block followed by a contested layup by Huffman. 🎥⬇️ pic.twitter.com/tz63OsdcHT

Despite a 19 point, 14 rebound double-double for Hugley and a 15 point performance from sophomore Elmore James, Brush just wasn’t able to keep pace with the explosive St. Edward offense. University of Pittsburgh head coach John Capel III was in attendance, as he and his staff got the opportunity to watch their big man in person for the first time this season.

St. Edward improves to 5-0 with the victory and will square off with another undefeated opponent in Hilliard Bradley this Saturday at Capital University.

Brush drops to 5-1, and will look to bounce back in a conference matchup against a 3-1 Madison squad that has played exceptionally well in their last few games.