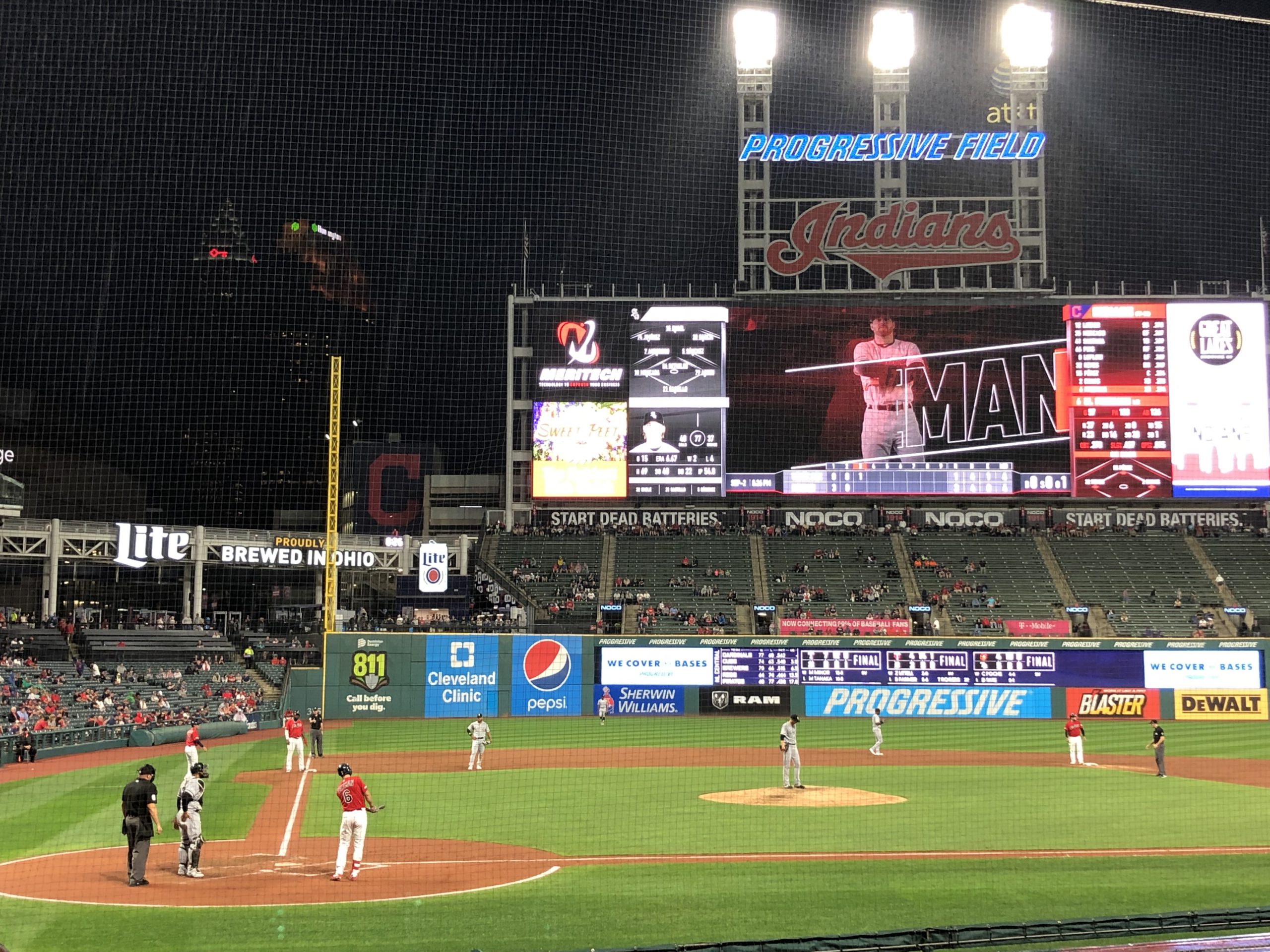 The Indians are in a tough spot with the Twins never losing a game it feels like, and a loss like what they suffered Tuesday hurts even more after the Tribe held a 5-2 lead entering the 8th inning with the Progressive Field return of Carlos Carrasco.

As Carrasco got a standing ovation from those at the park, he just didn’t have it on the mound, and it showed as Chicago hit two back-breaking homers, a three-run shot and a solo shot to steal a 6-5 that was deflating to say the least.

Carrasco was pitching in just his second game back for the Indians, and while he gave up a run-scoring hit on Sunday, this time out the team really needed him to get three outs to get to Brad Hand in the ninth.

Instead Chicago battered him for four runs including a James McCann three-run bomb that tied the game before Eloy Jimenez hit his second homer to win it for the Sox.

The loss puts the Indians at 80-59, and with the Twins beating the Red Sox 6-5, the deficit in the AL Central continues to grow and grow in the wrong direction.

Here’s some quick thoughts on the Tribe’s hard to swallow setback against the Sox.

The Indians and their fans were in celebration mode after Roberto Perez hit a three-run bomb to put the Indians up 5-2, and all seemed right with the world.

Instead the team went with Carrasco in the bottom of the inning, and the game simply imploded. Two singles and then two strikeouts were followed by McCann’s three-run homer to left that went 418 feet that made it a 5-5 game.

After that stunning blow which tied the game, Jimenez homered to right 371 feet to make it a 6-5 game. It was deflating to have so much emotion for the return of Carrasco, but then to watch as he allowed four runs to lose the game.

You have to wonder how this team will bounce back from this, as this feels like just more that losing one game to a below .500 team they should have beat.

Mike Clevinger made two mistakes, costing two runs for the Indians that tied the game at two before the wild 8th inning which saw seven runs scored by the two teams.

Clevinger walked four, but allowed just two runs on two hits with nine K’s in throwing seven very good innings to give the Tribe a chance at a win.

He threw 109 pitches, 71 for strikes, and his ERA still sits at just 2.71 on the season. He was honored with the AL pitcher of the month award for August, and his first September start was another good one for the Tribe hurler.

After Tuesday’s tough loss the Indians are back to down a half dozen games in the AL Central, and while some fans are holding on to the fact the club has six games against the Twins left, it’s looking more and more like the Indians will not be hoisting a fourth straight AL Central banner.

Right now the team is still 1/2 game ahead of the A’s for the second wild card spot, but trail the Rays, who split a doubleheader with the Orioles by a full game for home field in the wild card game.

The Indians have picked a real bad time to go into a slump, but that’s exactly where they are at right now, and they have to figure out a way to get things turned back around or there’s a real chance this team may be on the outside looking in for a trip to the playoffs.