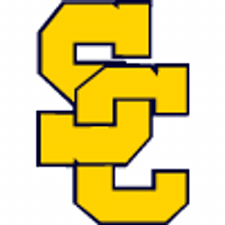 The 2017 Northeast Ohio High School Basketball Postseason saw yet another nail biter on Wednesday, March 8, as the Solon Comets held off the Cleveland Heights Tigers, 71-70, in the Euclid District semifinals.

The Comets were led by junior David Gulley, who scored 27 points on offense, and got it done on defense, making the biggest plays of the night on both ends to seal the victory.

Trailing 69-67, Ryan Bergen hauled in a critical offense rebound with just over 15 seconds to play, delivering a perfect kickout pass to Gulley at the top of the key, who knocked down a 3-pointer in the process of being fouled, giving Solon a one-point lead.

Gulley converted the four point play, leaving Cleveland Heights with 15 seconds to save their season.

The Tigers moved the ball down the court setting up an attempt five feet away from the basket, but Gulley rejected the shot, swatting it out of bounds with 3.8 seconds to go.

After the ball was inbounded, Jaylen Harris was fouled, going to the line for one-and one. He split the pair and the Comets held on to win, 71-70.

All of that action followed up an evenly matched 31 minutes of basketball, as the two sides went back-and-forth all night.

Gulley made six 3-pointers in the win, while point guard Sin Carry scored 19.

Solon advances to face the winner of Thursday night’s Mentor-Glenville showdown in the district final on Saturday night at Euclid High School. Tip-off is set for 7 pm.