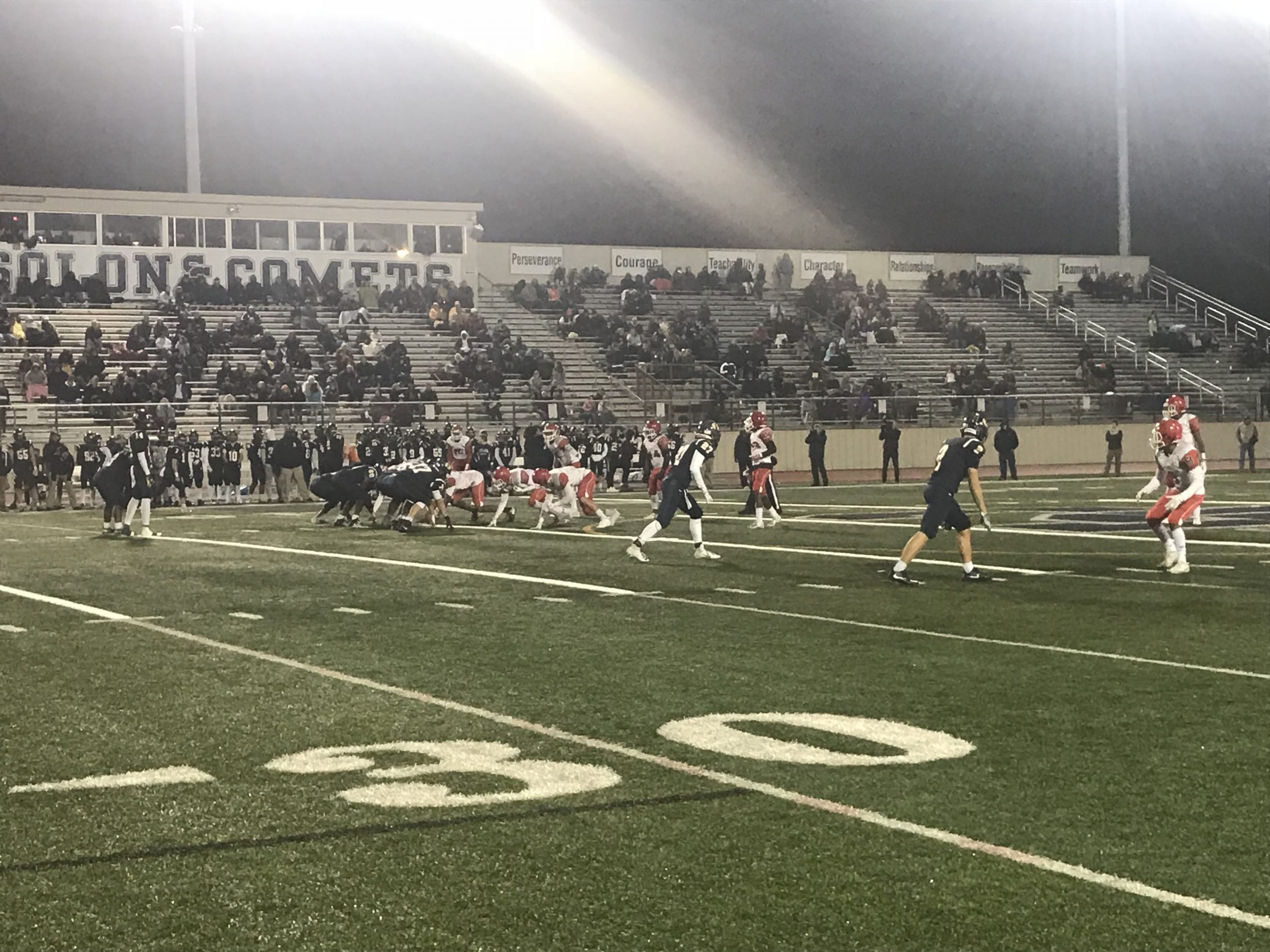 Solon, OHIO- An early defensive statement from the Solon Comets would make it hard for Shaker to produce anything on the offensive end, ultimately leading to a 20-7 win for the Comets Friday night.

The Solon defense was on display early and often Friday night. Two blocked punts and an interception would lead the Comets on the defensive side of the ball in the first quarter. After the second blocked punt landed inside the five-yard line for Solon, one play is all it took to get the first points on the board. Sophomore running back Khalil Eichelberger gave Solon an early 6-0 lead- Solon failed to convert on their two-point conversion.

In a game where not much offense was generated from both teams in the first 24 minutes, the Solon defense helped pave the way for good field position.

“Our defense is the strength of our team,” head coach Jim McQuaide said. “That’s where our veteran guys are and for us to play well, they have to lead the way and they did that.”

Shaker was faced with a fourth down and short from inside the Solon 10-yard line. Shaker’s Dakota Cochran tried finding a receiver in the back of the end zone, but the Comets would get their hands on the ball and force an incompletion and yet another Raider turnover.

From there, the Comets traveled 90 yards in just under four minutes to score their third touchdown of the half that would eventually leave Solon with a comfortable 20-0 lead at the half.

Solon was facing a third down in long in their own territory when the Shaker defense forced a fumble that would later be returned for a touchdown to give the Raiders their first points of the night. Solon would continue to play conservative, and after three quarters, the Comet lead would be just 13.

Shaker got the ball on their own 32-yard line with just over eight minutes left in the fourth quarter. The Solon defense continued to make it tough for the Raiders to get anything going, forcing them another turnover on downs. That stop seemed to put things out of reach for Shaker.

The 20-7 score at the time would end up being the final score of the game. The win now improves Solon to an 8-1 record and will look to end their season on a high note with a trip to Medina next week. As for Shaker, they now fall to 5-4 on the season and will host Euclid next week to end the regular season.