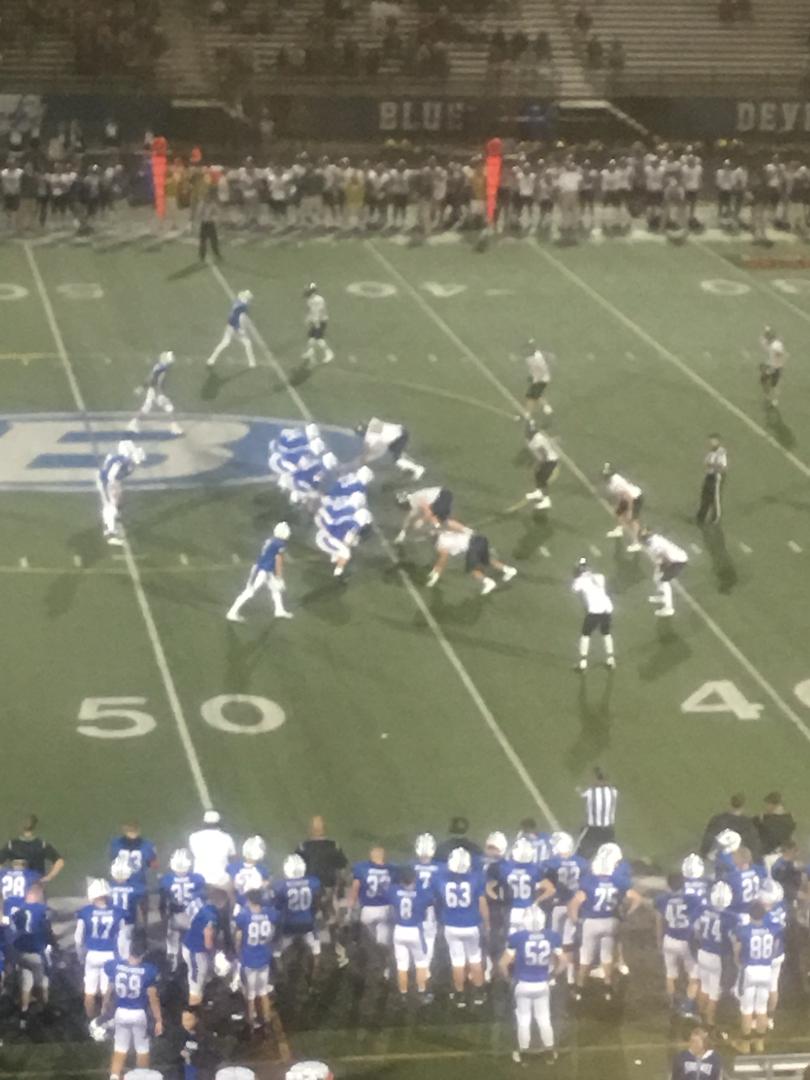 **Sponsored by MDG Flooring America in Medina. Click on the link HERE to browse their site and download their coupon for either $100 off your purchase or 12 months special financing. Whether you need carpet or you need tile, they go the extra mile.**

BRUNSWICK, OHIO –The Solon Comets came into Brunswick with a record of 5-0, and with the help of some turnovers and overall dominance, the Comets easily got to 6-0 with a 44-17 win.

It was the same old story for the Blue Devils on Friday, as Brunswick struggled offensively. With a second quarter meltdown, Brunswick would fall to their sixth loss on the season.
Game Recap:

First quarter: Solon’s kicker Harrison Rich would kick a 31-yard field goal to give the Comets a 3-0 lead. Not much action in the first quarter. Both teams would trade a couple of three and outs.

Second quarter: The second quarter was when Solon would take over this game. Brunswick would tie the game with a 31-yard field goal from Justin Hagler. The following drive Solon would score on a QB keeper from Pat McQuaide.

Brunswick was still feeling good when QB Jonah Clement would throw a pick six to DB Sam Bubonics for 49 yards. After Solon got a three and out, they would go down to score again. Pat McQuaide found Bubonics for a nine-yard touchdown.

Next drive Brunswick would fumble the ball and Solon would recover. Like clockwork, Sam Bubonics would catch another touchdown pass for nine yards. At the half, Solon led Brunswick 31-3.

Third quarter: Brunswick would score on a one-yard touchdown run from FB Robert Woznicki. The following drive Solon would find their man Sam Bubonics for a 12-yard touchdown pass.

Solon would end up winning the game by a final score of 44-17. Brunswick was able to put together some scoring drives.

For Head Coach Mark Pinzone, the defensive play and the offense ability to put some drives together was a couple of positives to take away from Friday’s setback, in a season where Brunswick has struggled to score.

Friday was a very encouraging sign for the offense. Brunswick look to finish the season strong. Next week they will travel to Elyria. Kickoff is at 7 pm.

As for the Solon Comets, They will begin a tough two weeks. They will host Euclid next week at 7 pm. The following they will travel to Mentor.

Player of the game: WR/DB Sam Bubonics four touchdowns including one pick six.