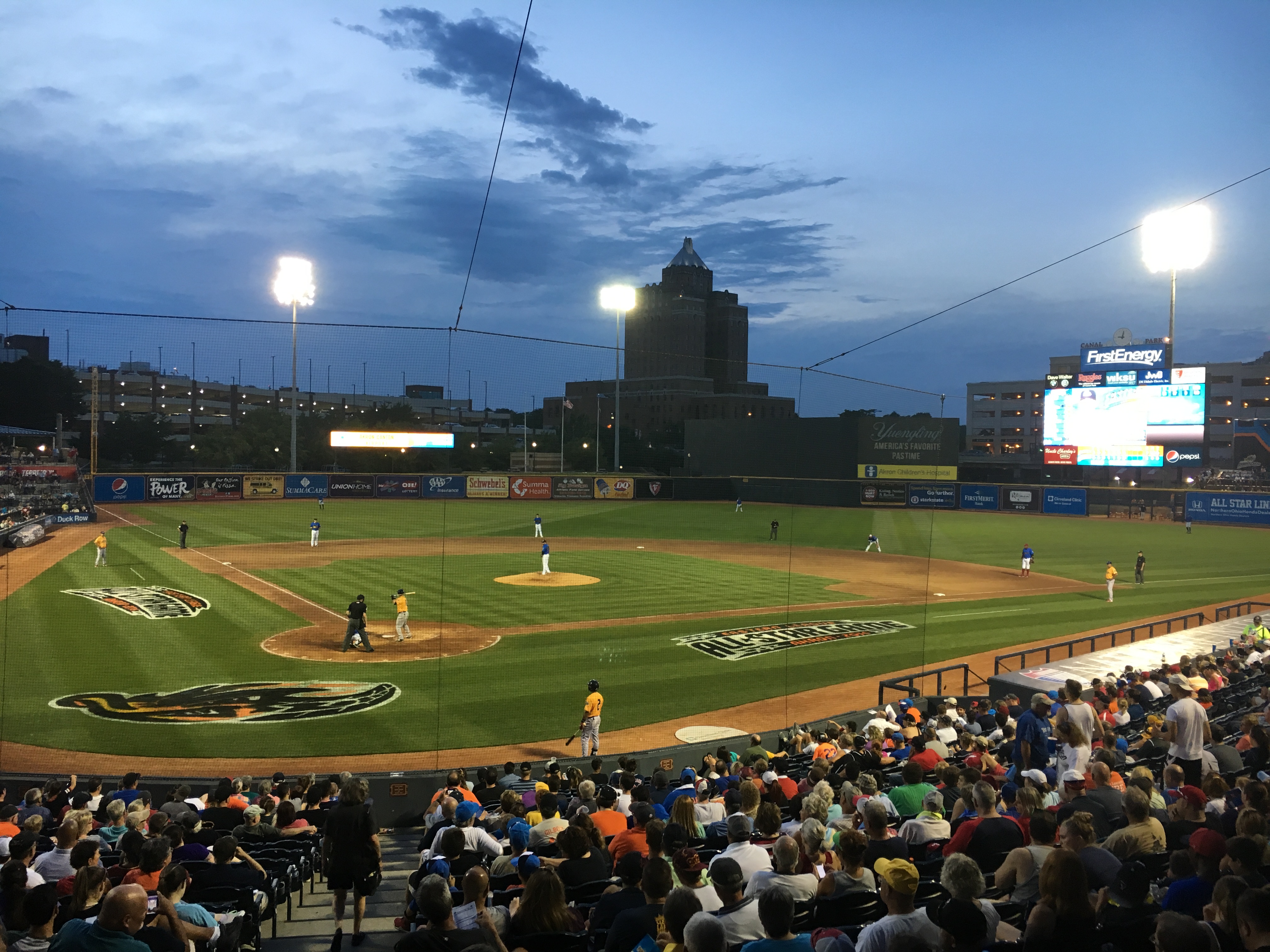 Rhys Hoskins of the Reading Fightin’ Phils hit a three-run blast in the first inning, scoring a pair of his teammates to set the tone for the Eastern Division All-Stars as they rolled to a 10-2 victory over the Western squad Wednesday night in the Eastern League All-Star Game.

The East continued to rake the ball all over Canal Park all night while if felt like the West couldn’t buy a hit.

Matt Oberste tallied four of the Eastern All-Stars 20 hits on his way to being named the game’s MVP. Oberste went four-for-five at the plate with a double and four runs batted in.

The East out-hit the West by a total of 20 to five.

Akron sent a league-high seven players to the game but the RubberDucks were ineffective for the most part.

Clint Fraizer, Bradley Zimmer and Nellie Rodriguez got the nod for the West, but the Tribe prospects failed to get anything going offensively.

The three combined to go 0 for 6 with three strikeouts on the night.

The only other position player for Akron, Jeremy Lucas, entered the game in the sixth to take over behind the plate. Lucas struck out in his only at-bat.

It wasn’t much better on the mound for the RubberDucks. Akron Manager David Wallace sent out his own Grant Sides, Louis Head and J.P. Feyereisen for the seventh, eight and ninth and the three combined to allow three runs on nine hits.

Akron comes out of the All-Star break one-and-a-half games back of the first place Altoona Curve in the Eastern League Western Division.

The RubberDucks begin the second half at home when the begin a four game set with the Erie SeaWolves on Thursday.