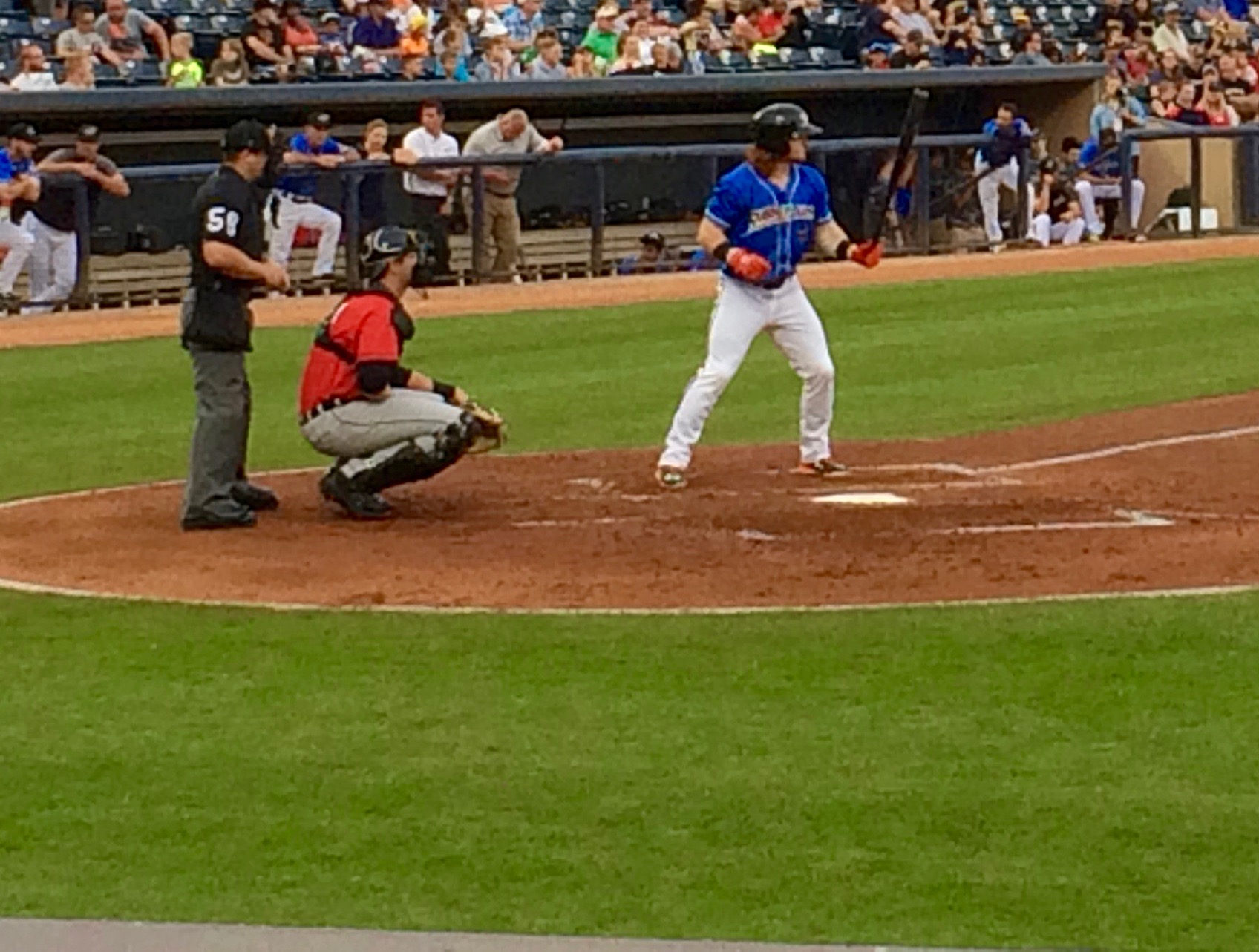 The Akron Rubber Ducks pushed their losing streak to ten games after being roughed up by the Erie SeaWolves 9-5.

Erie took advantage of a shaky outing from Akron starter Rob Kaminsky to score 5 runs, all earned, in the first 4 innings.  Kaminsky would only last the 4 innings, giving up 7 hits, walking 2, striking out 2, and hitting a batter in his brief outing.

“Rob went out there and battled, didn’t have his best stuff, didn’t execute the way he wanted to consistently, and when he did we didn’t help him out much making plays behind him,” Manager Dave Wallace said.

Dean Green got the scoring underway in the first with a 2-run single for Erie after Kaminsky started the inning with a walk and a hit batsmen.  Akron tied the game in the second thanks to an RBI double from Mike Papi and RBI groundout from Angel Miguel, but the game was not tied for long.

The SeaWolves regained the lead for good with an RBI groundout from Connor Harrell in the third, and added 2 more in the 4th on a miserable series of plays from the Ducks defense.

Wynton Bernard hit an infield single that advanced Casey Frawley to third, but a throwing error from shortstop Miguel allowed Frawley to score on the play.  Bernard then stole third and trotted home after catcher Alex Monsalve airmailed his throw to third into foul territory.  After four, the SeaWolves led 5-2.

Erie got the rest of their runs via the long ball.  Bernard hit a solo shot to left in the sixth inning against Akron reliever Robbie Aviles.  Three batters later, Green hit a mammoth 3-run blast to right field to push the SeaWolves’ lead to 9-2.  Green now has 14 homeruns and an Eastern League-leading 65 RBIs on the season.

While there was not much for the Canal Park faithful to cheer about, top prospect Bradley Zimmer provided some dazzling defense in centerfield in the eighth inning.  He made a spectacular leaping grab in dead center to rob Green of another base hit which would would have probably gone for extra bases.

“To put that kind of effort in and put his body at risk, to do that for [reliever J.P. Feyereisen] and for the team tells you what kind of player and teammate that Bradley is,” Wallace said.

In the 8th, Akron loaded the bases for Papi, who delivered with a 2-RBI single to cut the lead to 9-4.  Nellie Rodriguez doubled home Clint Frazier with 2 outs in the 9th, but the Ducks could climb no closer and lost 9-5.

“I’m very proud of how we finished that game up, how we didn’t give in, kept battling, and made it pretty interesting there at the end,” Wallace said.  “It gives me the confidence that we’re going tor come out of it. And I know we are because of that and because of how good our players are and how they’re going to continue to work and so it’s just a matter of time when we break through.”

The ten-game losing streak is the longest for the Ducks on the season, but amazingly they still have a three game lead over Harrisburg for first place in the Eastern League Western Division.

Akron will try to break the streak tomorrow against Erie.  D.J. Brown gets the nod for the Ducks and southpaw Anthony Fernandez will start for the SeaWolves.