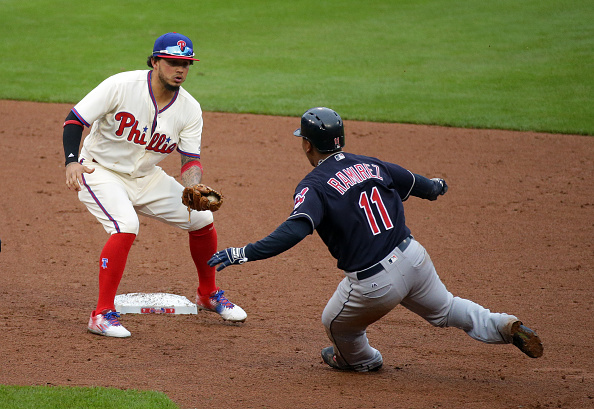 After celebrating a three-game sweep of the rival Tigers last weekend, Indians fans had to endure watching the final six games of the road trip, as the Indians went 1-5, wrapping up the nine-game trip getting swept by the Philadelphia Phillies.

After outscoring the Tigers 18-5 in three games in Comerica Park, the Indians were outscored 25-21 in losing five of six in the last two series’ losing all five games by one run.

When the season ends, if the Indians lose out on a wild card spot by a game or two, this is a series they can very much point back to as one they should have won more than four games.

The losses were tough to swallow – Sunday a costly balk by Danny Salazar allowing a run, Saturday putting bats on the ball but missing the big hit by just inches, a few times in Minnesota little things costing the team. Bottom line it was just a tough week for the Tribe.

Now the team sits at 10-11, looking up at three teams in the AL Central, with a big homestand coming up starting Tuesday against the Tigers for three, and the World Series Champion Royals for three over the weekend.

Last season losses in the AL Central seemed to doom the team, but the team did get off to a good start last weekend with three wins over the Tigers.

The offense has to get out of the slump they are in, as 11 of the next 14 are at Progressive Field, and if the Tribe is going to start to heat up, this is a good time to do it.

It starts Tuesday with a Tigers team seeking revenge, now let’s see if this Indians team has the toughness to put a rough week aside and hopefully get back to winning ways.