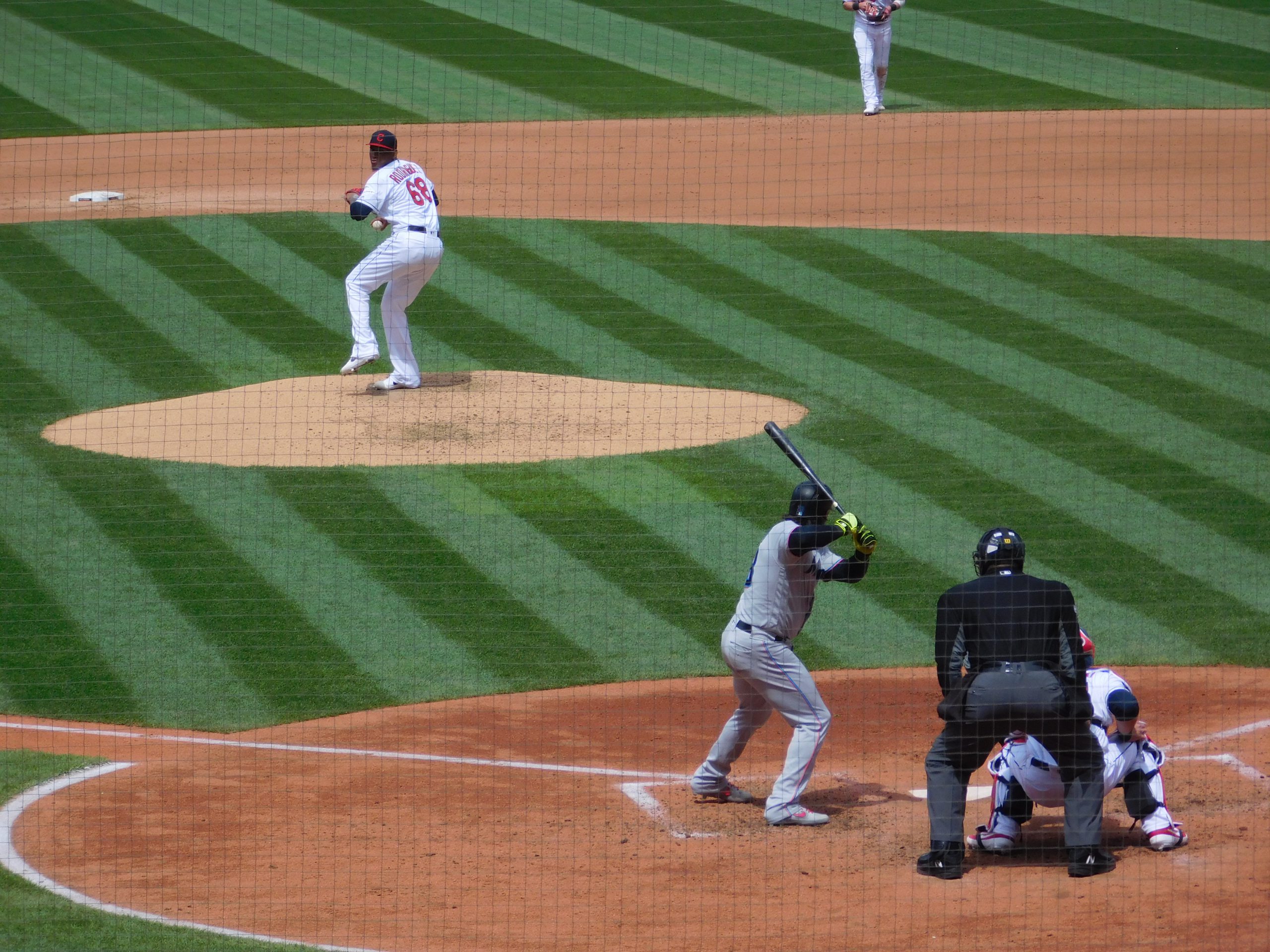 CLEVELAND – The Indians short five-game homestand against the Atlanta Braves and Miami Marlins is in the books, with the team going 2-3 in the five games, ending on a high note Wednesday with a 6-2 win over Miami.

The Tribe got a second straight quality outing from young Jefry Rodriguez, who was sent back to AAA Columbus after going seven innings, allowing a run on three hits with three K’s and two walks.

He enticed the Marlins into 13 ground ball outs as he continued to pound the zone in his 91 pitches, 57 of which were strikes.

Jose Ramirez finally had the breakout game Tribe fans have been waiting for, going 3-for-4 with missing the cycle by a triple.

Jake Bauers broke a 2-2 tie in the 8th with a key one-out single that got home the game-winning run. The team would score four in the inning to make it a 6-2 game and eventual win. 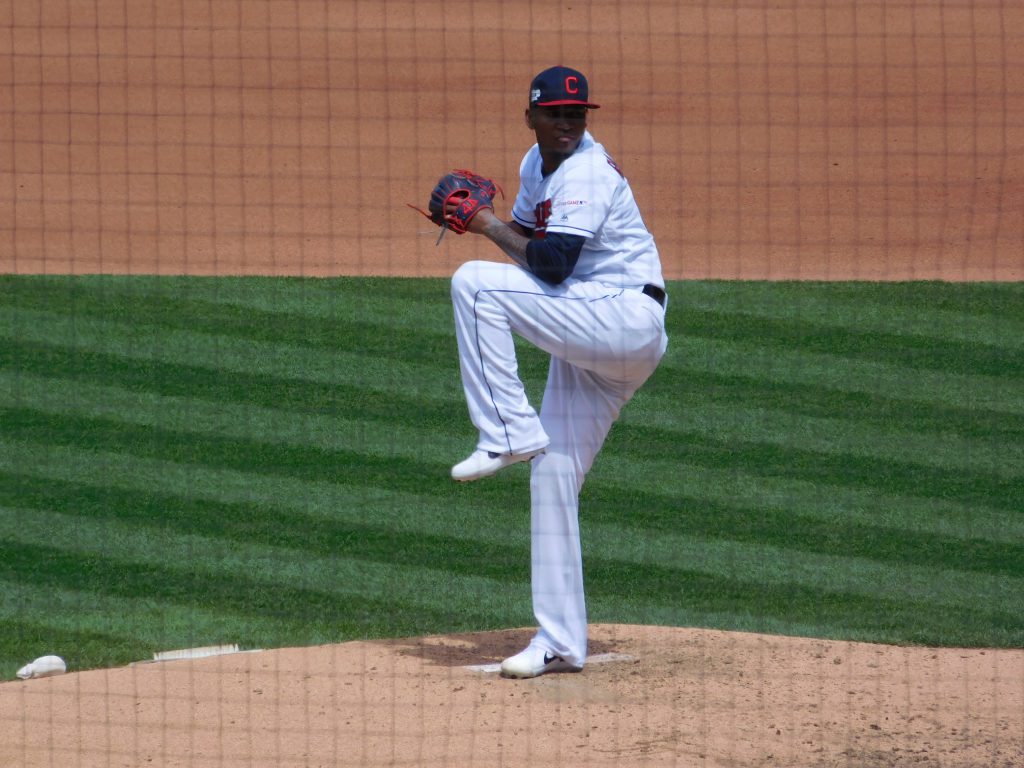 Acquired from the Nats in the Yan Gomes deal, Jefry Rodriguez has thrown well in the two spot starts with the Indians at the big league level.

Yes those starts were against the Royals and Marlins, two rather bad MLB teams, but nevertheless Rodriguez’s game plan of pounding the zone and throwing sinker strikes has worked each time.

“You kind of see the glass being half full with him,” Indians manager Terry Francona said.

“He’s got velocity, not necessarily swing and miss velocity, but he gets a lot of ground balls with the movement. The two times he’s pitched here he’s really pounded the zone really well.”

He got 13 ground ball outs on Wednesday, and never seem rattled at any point by any adjustments the Marlins may have tried to make.

Look for Rodriguez to get another spot start once the Indians need a fifth starter around the early part of May. 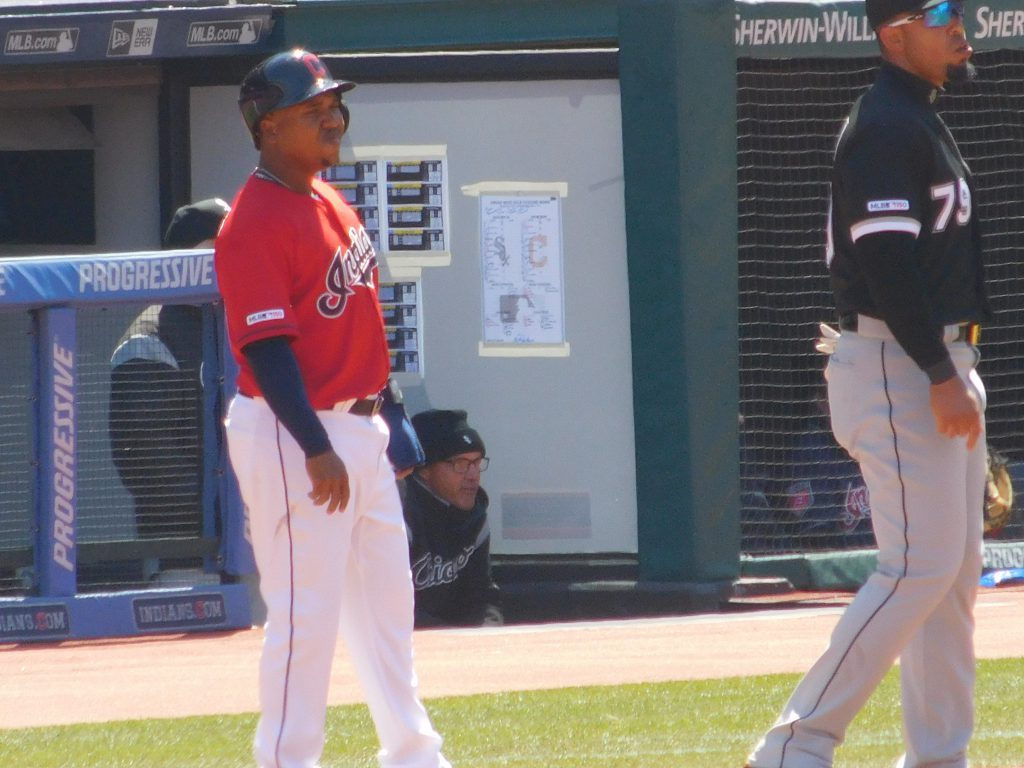 It was a sight for sore eyes on Wednesday as Jose Ramirez FINALLY had a day to remember, going 3-for-4 with a homer, single, and two-run double in the 8th to seal the win.

He also stole a base, which again is something he can do when he’s having fun and playing with confidence.

It was the first three-hit game for JRam since September 29th of last year against the Royals. He raised his average in the win from .157 to .184 in the win.

“It was just a matter of time before Jose got going,” Indians catcher Kevin Plawecki said. “Hopefully it doesn’t stop.”

That’s an understatement, as if the Indians are going to continue to make strides on offense, they are going to need Ramirez to have many more days like Wednesday. 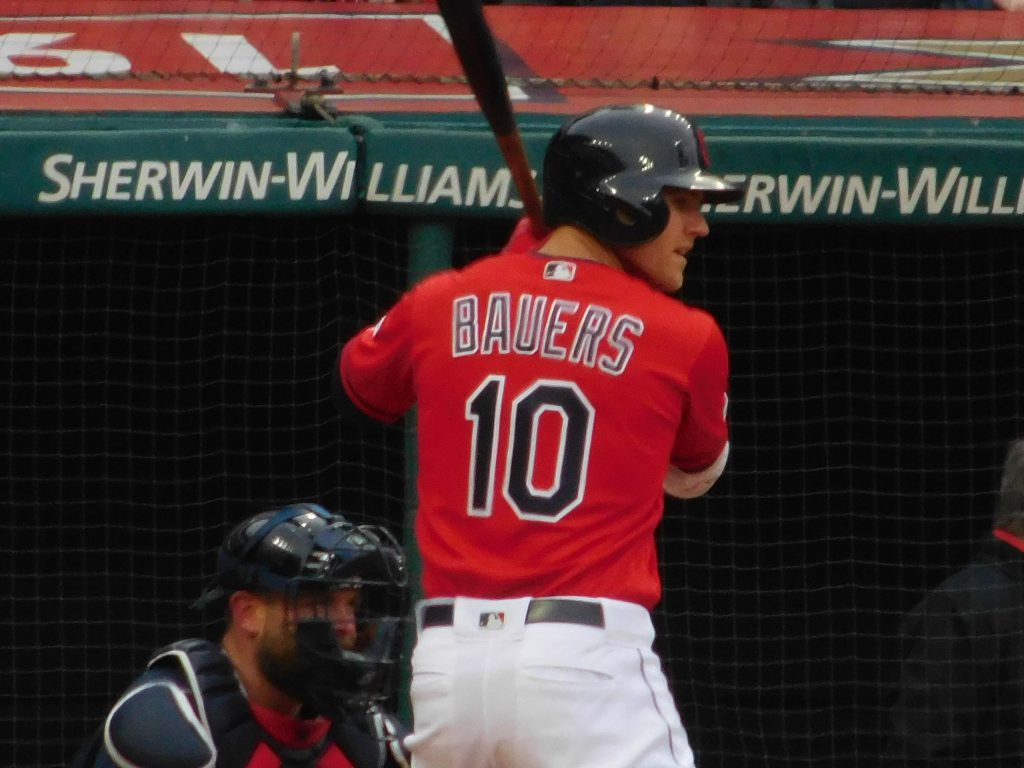 Jake Bauers came through with a one-out single up the middle against the shift that gave the Indians the lead for good in the 8th at 3-2.

His RBI single scored Carlos Gonzalez, who walked to open the inning and moved to second on Jason Kipnis’ single.

“Cargo (Gonzalez) sets the tone with a big walk getting on base, Kip hits the hole, sets the table, and obviously they are still shifted over, and maybe on the 2-0 swing I was trying to do a little to much and I chopped it foul, and then I re-adjusted my sights and put it where it needed to go,” Bauers said.

It was a key moment in a game that easily could have slipped away after the Marlins tied the game with two outs in the seventh on a Martin Prado HR, but the Indians offense made sure it wouldn’t let this one get away.

After Bauers beat the shift, the flood gates were opened, as the team scored three more times with Jose Ramriez getting a key two-out, two-run double after Francisco Lindor got a bloop RBI single to make it 4-2.

Bauers is another player the team sorely wants to see hit better at the plate, and right now he’s sitting at .211 with two homers, 9 RBI, 10 walks and 16 strikeouts.

Indians and Astros Starters for the First Three Games of Their Weekend Set in Houston
Will the Indians Offense Be a Work in Progress the Entire 2019 Season?