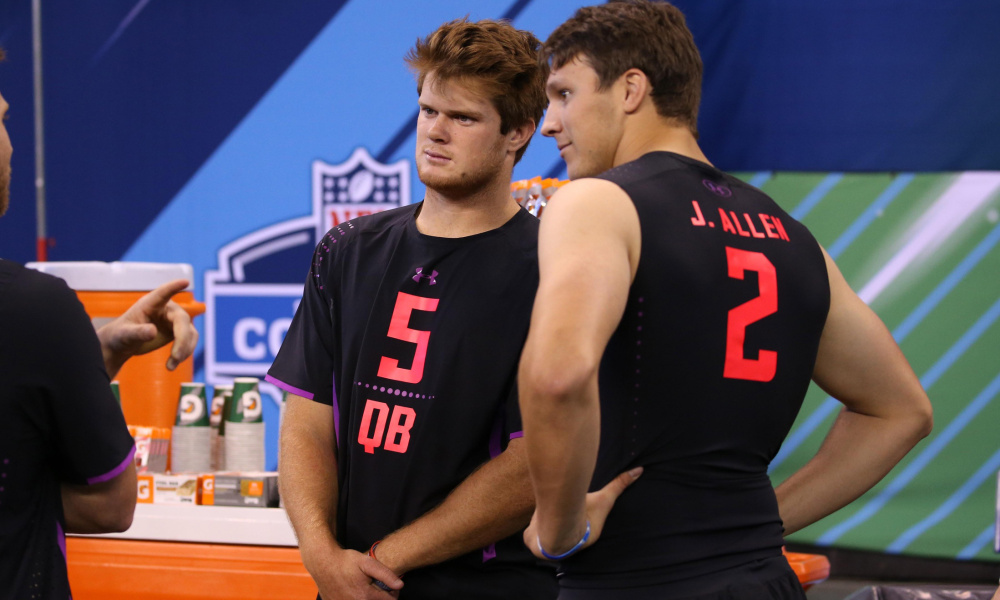 The Cleveland Browns have the first and fourth overall picks in the 2018 NFL Draft and most, if not all, assume that they’ll use the number one selection on a quarterback. It’s a position that’s been in dire need of filling since the team’s return in 1999 and though Tyrod Taylor surely gives Cleveland some time to not rush a prospect onto the field, they still must prepare for the long-term future.

With four quarterback options the team has been analyzing for months, it’s anyone’s guess on who they will draft to eventually take the keys to the franchise. But a report on Tuesday suggests they may have narrowed their decision down to two prospects.

Chris Mortensen on NFL Live right now: It's down to Sam Darnold or Josh Allen for the #Browns.

The Browns attended both Darnold and Allen’s Pro Days and were reportedly impressed with both players. John Dorsey and company were extremely happy to see the USC product Darnold throw in the rain, something he didn’t have to battle with too much in Southern California. Regarding Allen, the arm strength and vitals continue to keep NFL teams intrigued.

With the New York Giants very interested in Darnold, perhaps a trade is likely to be made so that the Browns land their quarterback of the future and more in return.