Report: Browns Considering Removing Watermark From Jerseys And Pants On New Uniforms In 2020 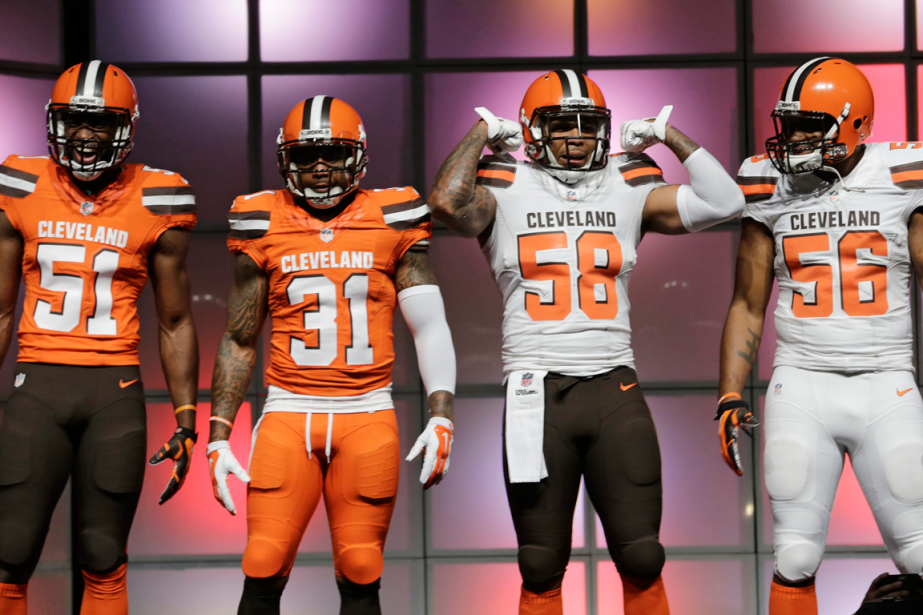 The Cleveland Browns have made a ton of moves in the off-season that will impact the team on the field next season. Through trades and free-agent signings, Cleveland has made it a point to show the rest of the NFL that they’re done being the laughingstock of the league. That plan doesn’t just stop on the field, however.

Earlier this month, it was reported that the Browns had plans in place to re-design their uniforms starting in the 2020 NFL season. The current threads have drawn a ton of scrutiny from fans that were puzzled during the time of the uniform change and those same fans are still confused on why the team decided to mix it up. Cleveland owners Jimmy and Dee Haslam expounded on the plan to change the uniforms up once again, expressing their mission to not only put good talent on the field but also look good while playing well. One of the first moves that might take place is the removal of the watermarks on the jerseys and pants that Cleveland currently dons on the unis.

Browns 2020 uniform redesign may include removing wordmarks from jersey and pants: https://t.co/Xq5H42yr5C pic.twitter.com/MMO1wB7yZt

There are talks of the team trying to get the watermarks removed sooner than later, preferably before the 2020 season arrives. The NFL allows teams to make small changes to uniforms but there is a rule that forces all teams to stick with the main design of a new uniform for a minimum of five years.