Reason #5 Why the 2016 Cleveland Indians Will Rock: Kipnis and Brantley 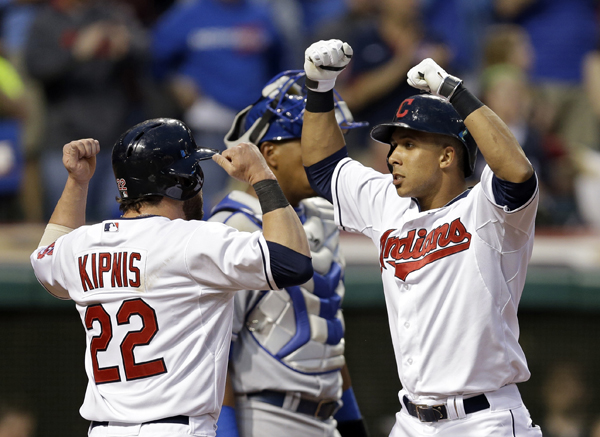 We’re just five days away from Opening Day! If that doesn’t put a smile on Tribe fans’ faces, there’s little that can.

Here’s reason #5 why the 2016 Cleveland Indians will rock: Jason Kipnis and Michael Brantley.

These guys could be counted as two separate reasons, but they’ve been together in the lineup for so long they seem like a dynamic duo.

They’re two of the leaders of the team and two of the better hitters in not just the lineup, but in the entire American League.

Kipnis is coming off of arguably his best season of his 5-year career, as the second baseman made the All-Star team for the second time in 2015, hitting .303, which was the best batting average of his career.

Whether Kipnis is leading off this season or hitting anywhere between 2-5, Tribe fans can count on him to get on base consistently.

He turns 29 on April 3rd, but his experience in the league makes him a wise veteran still in the prime of his career, a deadly combination.

Fans would be hard-pressed to find better second basemen around the league.

The other half of this duo, Brantley is a flat out star. He may not get the same recognition as guys like Andrew McCutchen or Ryan Braun, but he is a comparable player in terms of production. His power may not be on par with those guys, but his all-around tools are every bit as great.

Brantley is only two years removed from being voted third in the American League MVP race, but 2015 was not a down year by any stretch of the imagination.

The elite left fielder hit .310 with 15 Home Runs and 84 RBI. One of Brantley’s most impressive feats of 2015 was hitting 45 doubles, which led the American League.

The only bad news is that he’s expected to miss the beginning of the season, but Brantley is known for working hard and it looked like he had a chance to be much further ahead of schedule a couple weeks ago. However, the Tribe is playing it safe with Brantley, as they should because he will be needed to be 100 percent healthy to help Cleveland make a run towards October.

Kipnis and Brantley are the epitome of leading by example and leading on the field. If their trajectory continues to progress the way it’s been going the last two seasons, we could see both of these guys playing in the 2016 All-Star Game.

Come back tomorrow for Reason #4 why the Cleveland Indians will rock in 2016!