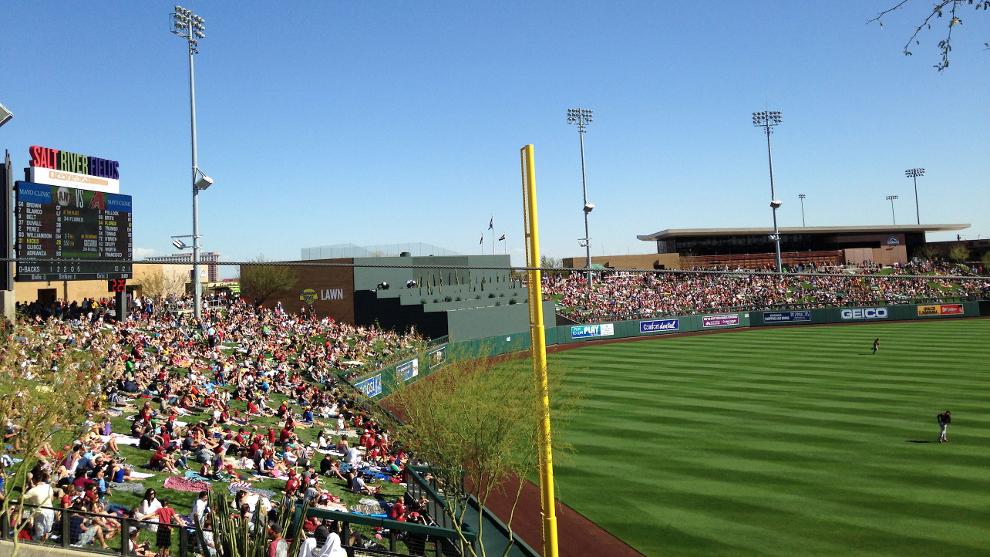 The Indians offense put up a seven spot on Thursday in Salt River Fields against the Arizona Diamondbacks, but the pitching left a lot to be desired in a 10-7 setback.

The Tribe scored three in the first to take a quick lead, but Chih-Wei Hu gave it and more away, as he lasted just a third of an inning, allowing five runs on four hits as Arizona led it 5-3 after one inning.

Cleveland scored a run to make it 5-4 in the third, and then the Tribe took a 7-5 lead in the fourth when Jose Ramirez hit his first homer of the spring with two on and two out.

The lead lasted till the bottom of the 5th when Arizona would put up a three-spot to take an 8-7 lead, as righty Dalbert Siri gave up the eventual Diamondbacks game-winning run to suffer the loss.

The Indians sent a total of nine pitchers to the mound in the game, great news for MLB betting fans, with Justin Grimm the only Indians pitcher going over an inning of work, as he lasted 1.1 innings.

Ramirez had the biggest day at the plate, going 2-for-3 for the Tribe with four runs batted in, and catcher Kevin Plawecki had a pair of hits in three times at the plate with a run scored and a RBI.

Friday the Indians will have a pair of games, as they will take on the two-time defending NL Champion Los Angeles Dodgers.

The Indians Starting Nine as Chih-Wei Hu Gets the Start in Spring Action Against Arizona
Podcast: On The Reservation: Episode 9 – Goodbye Mr. Lindor