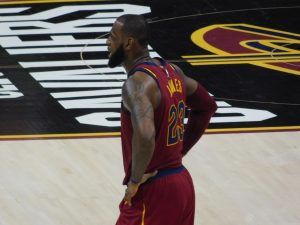 Defense has been one of the major issues plaguing this Cavs team all season. But now with some reinvigorated youth, they are making strides.

Over their last four games together, the Cavs rank third in the league in defensive efficiency. At the same time, they’ve managed to remain in the top-10 in offensive efficiency at 113.9 while averaging 119.8 points since Feb. 7.

They still are far from perfect, however, and even proved so on Friday night by allowing Memphis to go on an early first quarter run. But Sunday provides them another chance to improve against a top-notch team, and they will need to seize the opportunity with the number of regular season games left dwindling.