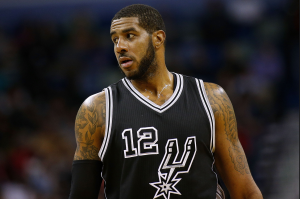 The Spurs aren’t exactly playing like themselves right now. They’ve dropped six of their last seven games, including their last four in a row. Today also concludes a marathon six-game road trip for Gregg Popovich’s squad.

Over the last week, they have also had to contend with the news the Kawhi Leonard is likely done for the year.

But, despite the recent struggles, they are still the Spurs. They still hold on to the third seed in the Western Conference, which says pretty much all you need to know about them and their resiliency. They are currently second in the league in defensive rating, so the Cavs will still have to be efficient on offense.

No matter how bad things are for San Antonio right now, you can never sleep on this team.