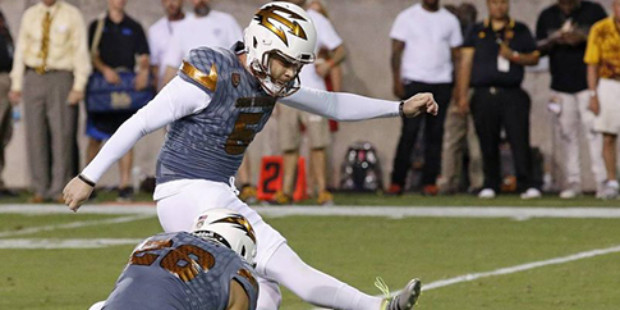 I will keep this pick the exact same as the Browns because I love the pick. Parkey did not do bad after his rough first game this season, but he is a career 60% kicker between 40-49 yards and only has four NFL field goals over 50 yards. Those need to be upgraded and Gonzalez is the best kicker in the draft that somehow falls to them here. Adding a starter in the seventh round is always a victory.

I did not have enough picks to add every position I wanted. This pick came down to depth at corner, a TE, or a DT. Looking at the players available the best one is Stribling the corner from Michigan. Stribling adds more depth to the position as a developmental player.